Please ensure Javascript is enabled for purposes of website accessibility
Log In Help Join The Motley Fool
Free Article Join Over 1 Million Premium Members And Get More In-Depth Stock Guidance and Research
By Maurie Backman – Jun 8, 2020 at 7:18AM

It may not be the age group you expect it to be.

The COVID-19 crisis has been hammering the U.S. economy for months, and not surprisingly, the pandemic has caused retirement plan values to plummet. But not all age groups have seen the same hit to their IRAs and 401(k)s.

In a recent survey by Personal Capital, savers in their 30s actually saw a greater hit to their retirement plans than any other age group. And while it's always disconcerting to see a loss of wealth on screen or on paper, the good news is that 30-somethings do have plenty of opportunity to sit back and let their retirement plans recover.

Whose retirement plans are hurting the most? 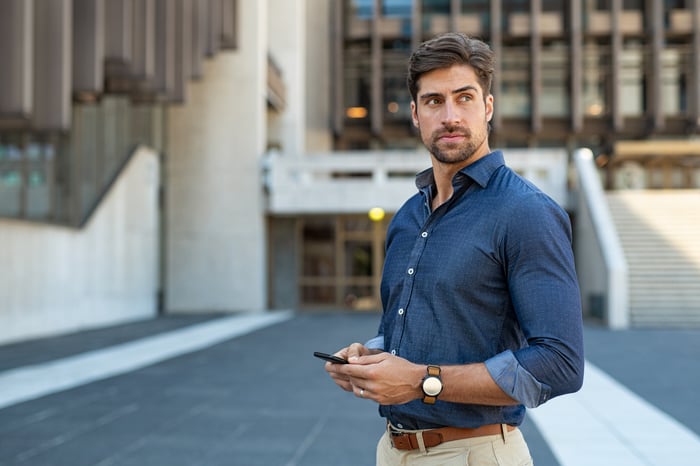 Thankfully, older Americans' losses weren't quite as extreme. Those in their 60s saw an average 10.1% drop in their retirement plans, while those in their 70s saw an 8.5% decline. And seniors in their 80s saw their plans lose 5.8% of value. This just goes to show the importance of shifting toward safer investments as we get older. The reason those in their 70s and 80s saw smaller declines is likely due to having more bonds in their portfolios than their younger counterparts.

Now clearly, a loss of any kind in a retirement plan can be demoralizing. But one thing younger people in particular need to realize is that what they're looking at today is merely a loss on paper (or, more likely, on a screen). Retirement plans don't actually lose money until investments are liquidated when they're down. Those who are already living off their retirement savings may have, indeed, clocked in some losses over the past few months. But those who aren't touching their retirement savings haven't officially lost anything.

And that's why the news that 30-somethings have lost the greatest amount of retirement plan value isn't quite so unsettling. Those in their 30s should not be making any plans to take IRA or 401(k) withdrawals (the exception being those who absolutely need that money in a pinch because of pandemic-related job loss) anytime soon, and so younger workers who sit back and do nothing may very well see their plan balances spring back up sooner than expected. In fact, the stock market has already recovered some of the value it lost when it plummeted into bear market territory back in March, so those who sit tight and ride out the storm may find that once the pandemic is over, they won't have lost a dime in savings.

That said, savers of all ages should take a look at their retirement plan investments and make sure their assets are appropriately allocated. Workers in their 60s, for example, should already be shifting toward safer investments as retirement nears, while actual retirees should have a larger chunk of their savings in bonds. Moving money around when stock values are down isn't a good idea, but once the market recovers fully, it could pay to do some reallocating to avoid substantial losses the next time a major downturn hits.