You'll supposedly get the same lifetime payout regardless of when you file. So does the age you choose really make a difference?

Of all the retirement decisions you'll need to make, landing on a Social Security filing age may be the toughest. Though your benefits are calculated based on your wages during your 35 highest-paid years of earnings, the age you claim them at will determine how much money you get each month.

You're entitled to your full monthly benefit based on your wage history once you reach full retirement age, or FRA. That age is either 66, 67, or 66 and a certain number of months, depending on the year you were born.

But there's a range of years during which you can sign up for benefits. The earliest age to start collecting them is 62, and though there's technically no such thing as the latest age to file, since you're allowed to sign up at any point starting at 62, 70 is the latest age you'll reap the financial incentives associated with waiting. 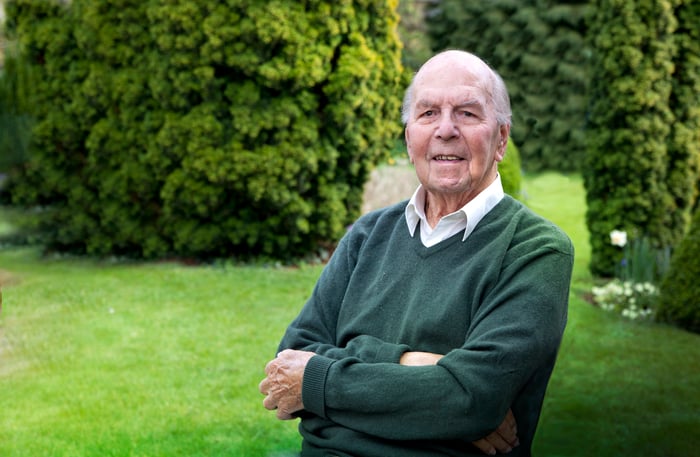 Specifically, for each year you hold off on claiming Social Security past FRA, your benefits increase 8% -- but only up to age 70. Beyond then, they won't grow, so there's no sense in delaying any longer. On the flipside, claiming benefits before FRA will result in a reduction. In a worst-case scenario, you'll lose 30% of your benefits by claiming them at 62 with an FRA of 67.

But having said all that, here's one interesting quirk about Social Security: The program is designed to pay you the same lifetime (not monthly) benefit regardless of when you first file. It therefore begs the question: Does it even matter when you sign up?

Your health is a major factor in your decision

While it's true that Social Security will generally pay you the same lifetime total regardless of the age you file at, that also assumes you'll live an average lifespan. But if you don't, then your filing age will actually have a huge impact on the total benefits you receive.

If your health is poor, to the point where you don't expect to live a long life, then filing for Social Security early will usually result in the highest lifetime benefit. On the flipside, waiting pays when your health is great and you're likely to outlive your peers.

Let's run some numbers to explore further. Imagine your FRA is 67 and you're entitled to $1,600 a month at that point. Filing at age 62 will shrink your monthly benefit to $1,120, while filing at 70 will raise it to $1,984. If you wind up living until 73, which isn't particularly old given today's life expectancies, you'll come out $32,640 ahead in your lifetime by virtue of claiming benefits at 62. On the other hand, if you wind up living until 93, which is well beyond average life expectancy for today's seniors, you'll come out almost $48,400 ahead in lifetime benefits by waiting until 70 to sign up for Social Security.

As such, while you may hear that your Social Security filing age doesn't matter much in theory, it very much matters if you feel your health will result in a notably shortened or lengthy lifespan. And that's why it pays to put a lot of thought into your filing decision ahead of time.

Of course, taking steps to improve your health could change your fate, so before you rush to claim benefits early, think about the way exercise, changes in diet, and certain medications might change your outlook. A modest effort on your part may result in a scenario where instead of it making sense to file for benefits as early as possible, you're better off claiming them much later.