The old rule of thumb says Social Security should replace about 40% of your working income. Here are three reasons that guideline is too optimistic.

Banking on Social Security to keep you afloat in retirement? You'll have to rethink that plan. While Social Security normally replaces about 40% of your working income -- which often isn't enough for many to survive comfortably -- there's a good chance you'll get even less. Here are three factors that could degrade your Social Security benefit, and what you can do about it. 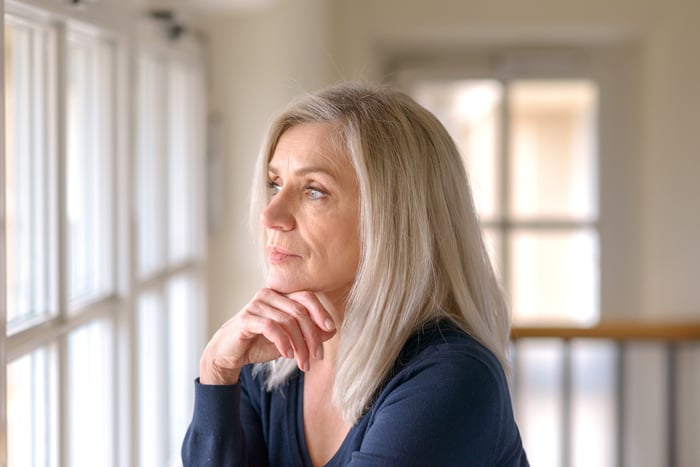 To put that into perspective, the average retired worker in 2020 gets roughly $1,510 monthly in Social Security benefits. A 24% reduction equates to a $360 monthly pay cut, which brings that retiree's monthly income down to about $1,150.

Since 1975, Social Security benefits have been adjusted each year based on the Consumer Price Index for Wage Earners and Clerical Workers (CPI-W). Those adjustments are known as COLAs, and they're designed to prevent Social Security income from losing purchasing power over time due to inflation. The index's name hints at the problem with this system. Retirees aren't wage earners or clerical workers, and the CPI-W doesn't adequately reflect the price inflation that affects seniors most.

A recent study from The Senior Citizen's League analyzed spending in retiree households, and how that spending relates to the purchasing power of Social Security benefits. The study concluded that between January 2000 and January 2020, COLAs increased Social Security benefits by 53%. But in that same timeframe, seniors experienced 99.3% inflation on the goods and services they purchase most often. The big inflationary culprit is healthcare expenses, including prescription drugs, Medicare Part B premiums, Medigap premiums, copays, and co-insurance.

The Centers for Medicare and Medicaid Services predict that prices for healthcare will grow 2.5% annually through 2027. That rate is more than double the inflation experienced between 2014 and 2017. If the COLA formula isn't revamped, Social Security benefits will continue to lose purchasing power.

3. You may retire earlier than expected

A 2019 survey from Employee Benefit Research Institute found that 4 in 10 seniors retired earlier than they'd planned. Those expedited retirements were mostly prompted by health problems or changes within the employer.

Your Social Security benefit is under pressure, and not only because the asset reserves are dwindling. Healthcare inflation is outpacing Social Security COLAs, and there is a chance you'll have to take a smaller benefit for an unplanned early retirement. If you're impacted by all three of those factors and you don't have savings to supplement your income, you're facing a pretty dismal lifestyle in retirement.

The best course of action now is to put more effort into your retirement savings. Look at your household budget and find ways to trim expenses. Then funnel those savings into your retirement account. If you have access to a 401(k), make sure you're maxing out your employer match. And take advantage of catch-up contributions if you're 50 or older. In 2020, catch-up contributions add $6,500 to your 401(k) contribution cap, bringing the total to $26,000. You can also contribute $7,000 to an IRA, or $6,000 if you're younger than 50. Your IRA contributions may not be tax-deductible if you're also contributing to a 401(k), but taxes will be deferred on your earnings.

You can also brainstorm ways to develop other streams of retirement income. If you own your home, you could generate income through short-term or long-term room rentals. If you have good credit, you could finance a cash-flow-positive rental property. You could even start a side hustle.

The point is, don't rely on Social Security alone to fund your retirement. Your benefit might keep you out of poverty, if you're lucky. But it definitely will not support your current lifestyle.