Please ensure Javascript is enabled for purposes of website accessibility
Log In Help Join The Motley Fool
Free Article Join Over 1 Million Premium Members And Get More In-Depth Stock Guidance and Research
By Katie Brockman – Updated Aug 3, 2020 at 9:24AM

Saving $2 million is a lofty goal, but it's not impossible.

Ever wondered how much it takes to be considered wealthy? According to a new survey, the answer is $2 million.

The survey, conducted in June by Charles Schwab, found that the average American defines "wealthy" as having a net worth of at least $2 million -- down from $2.6 million when the survey was first conducted back in January.

If you wanted to retire wealthy, then, you could set a goal to save at least $2 million by retirement age. Whether that goal is realistic or not depends on your particular situation, but by saving early and often, that target may be within reach. 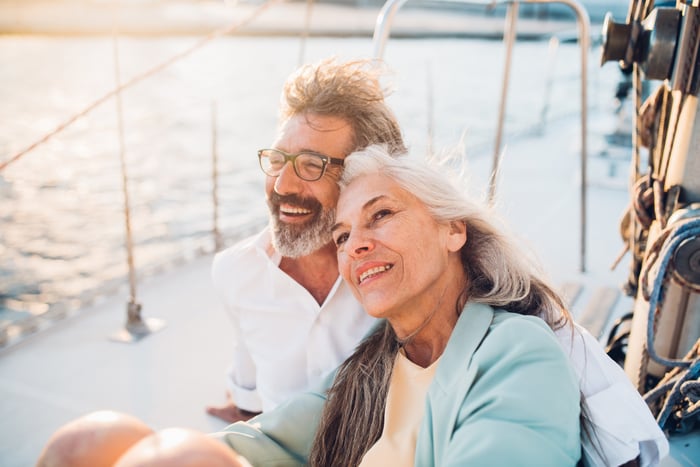 There are two keys to building a healthy nest egg: Start saving as early as possible, and save as consistently as you can. The sooner you begin contributing to your retirement fund, the less you'll need to save each month to reach your goals. And by saving at least a little on a regular basis, those savings will add up over time.

How much you'd need to save each month to accumulate $2 million depends on your age now, how much you currently have saved, and what age you plan to retire. Assuming you're earning a 7% annual rate of return on your investments and you expect to retire at age 65, here's how much you'd have to contribute to your retirement fund each month to save $2 million, depending on the age you began saving:

By waiting longer to begin saving, it becomes exponentially more difficult to reach $2 million. While saving $600 per month in your 20s may be challenging, it's downright impossible for most people to sock away $30,000 per month for retirement.

However, don't let these numbers discourage you from saving for retirement. Not everyone will be able to save $2 million by the time they retire, and that's OK. In fact, you may not even need that much to retire comfortably. Rather than aiming toward an arbitrary target, set a personalized goal based on your unique situation and work toward that instead.

One of the easiest ways to get an estimate of how much you should be saving is to run your numbers through a retirement calculator. Your results should give you a good idea of how much you'll need to save by the time you retire, as well as what you need to be socking away each month to achieve that goal.

If that target is still out of reach, don't panic. Saving even a little is better than saving nothing, so don't give up on contributing to your retirement fund because you think it's impossible to reach your goal. Small investments can add up substantially over time, so saving even $20 here and there can make an impact on your long-term savings.

In addition, there are ways you can reduce your retirement costs so you can stretch every dollar during your senior years. These can range from small adjustments (like eating at home more often rather than dining out) to major life changes (such as downsizing your home or moving to a new city with a lower cost of living).

If your savings are falling short, that doesn't mean you can't enjoy a comfortable retirement. Save as much as you can reasonably afford, then consider ways you could potentially cut costs later. Whatever you do, don't give up entirely on saving for the future.