If Social Security worked more like Medicare, signing up would be simpler. With Medicare, eligibility begins at age 65, and while you get a seven-month window to sign up, ultimately, there's generally a single age at which you're entitled to health benefits.

Social Security works differently. With Social Security, you're entitled to your full monthly benefit based on your earnings history once you reach full retirement age (FRA). That age is either 66, 67, or somewhere in between, depending on what year you were born in.

But seniors actually get an eight-year window to sign up for Social Security that begins at age 62 and ends at 70. In fact, you technically don't even have to file by age 70; you can delay benefits past that point, though you won't gain anything financially by doing that. 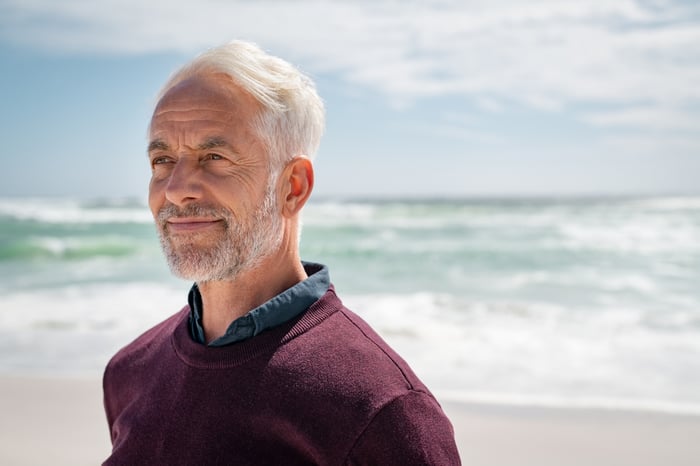 It's for this reason that the decision to claim Social Security is such a tricky one. If you start taking benefits before FRA, you'll reduce them in the process, and generally on a lifelong basis. If you delay benefits past FRA, you'll boost them by 8% a year up until age 70, after which that incentive runs out. And of course you could land somewhere in the middle and just claim your benefits at FRA exactly. But before you land on a specific age, there's one key question you need to ask yourself.

This one thing should dictate when you claim Social Security

Though there are different factors that should you go into your Social Security filing decision, ultimately, your answer could boil down to one key question: "How's my health?"

See, Social Security is technically designed to pay you the same lifetime total regardless of when you claim benefits, but only if you live an average lifespan. How can that be?

But what if you don't? If your health is poor, you're generally best off claiming Social Security on the early side to get the most income from it in your lifetime. And if your health is great and you think you'll live a long life, delaying benefits generally makes sense.

That's why your health should play a major role in your ultimate filing decision. Of course, any prediction you make about your own life expectancy is just that -- a prediction. But if you base your decision on the state of your health, there's a good chance you'll wind up happy with -- and richer -- it in the end.