Questions about the Postal Service are raising concerns about those who still rely on the mail for their monthly Social Security payments.

More than 60 million people receive Social Security benefits. For many of them, the money they get from the federal program represents most or all of the income they receive from all sources. It's therefore vital to those on Social Security to keep monthly benefits coming in, and disruptions could prove disastrous for their financial health. 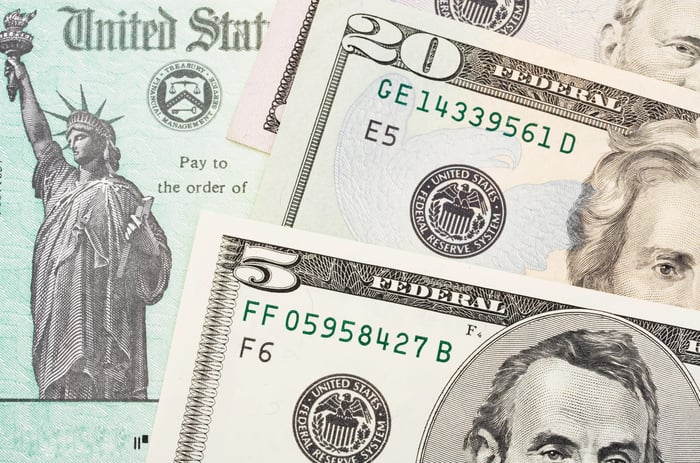 Why paper checks are no longer the norm

Social Security is more than 80 years old, and for most of that time, paper checks were the only way people could receive their benefits. However, it's costly for the government to send all those tens of millions of checks by mail, and there have inevitably been problems with payments getting lost. That requires even more administrative hassle.

As part of a green initiative to cut costs, the Treasury Department in 2010 announced that it would require Social Security recipients and those getting other types of federal benefits to get their benefits by means of electronic payments. Direct deposit into existing bank accounts would be the preferred method, but recipients could instead elect to have their benefits put onto a rechargeable debit card.

The following year, the Social Security Administration advised Americans that anyone applying for benefits in May 2011 or later would have to receive their money electronically. Initially, the plan was to force people then getting paper checks to transition to electronic means as well, with the goal of being complete by March 2013.

Now, more than 99% of all Social Security recipients get their money electronically. However, that still leaves hundreds of thousands of paper checks getting sent every month. According to August 2020 data from the SSA, 540,324 people in the 50 states and the District of Columbia receive paper checks for their Social Security benefits. When you include Puerto Rico and other U.S. territories and possessions, another 9,494 people get added in. That brings the total to 549,818 Americans receive paper Social Security checks.

Paper checks have become a political issue in the 2020 presidential campaign. The Trump administration's stance toward the U.S. Postal Service has created a great deal of consternation among those relying on the mail for critical financial support, whether from Social Security or other sources. The possibility of seeing mailed payments delayed has become a hot-button issue.

For those who are concerned about their paper checks going astray, the easiest solution is to opt into electronic payments. The debit card option requires a single mailing, after which future benefits simply get added to the card automatically. Even for those without a traditional banking account, the debit card can be way to avoid relying on mailed checks.

Nevertheless, with Social Security likely to remain contentious at least until November, you can expect more discussion about those who get their benefits through the mail. It's a relatively small issue compared to the more substantial financial challenges facing Social Security, but it's still important for the hundreds of thousands of people who count on receiving their Social Security checks month in and month out.