Who wouldn't want to win a lottery jackpot? It's certainly a fun thing to dream about, imagining what you might do with all that money. After all, some jackpots are really big, offering hundreds of millions of dollars -- and a few have even topped a billion dollars. Winning a jackpot would take care of our retirement worries, too.

But hold those horses. As, deep down, we know that lotteries are not the great money makers for the vast majority of us that we might like them to be. Here are seven things to know about lotteries and jackpots. 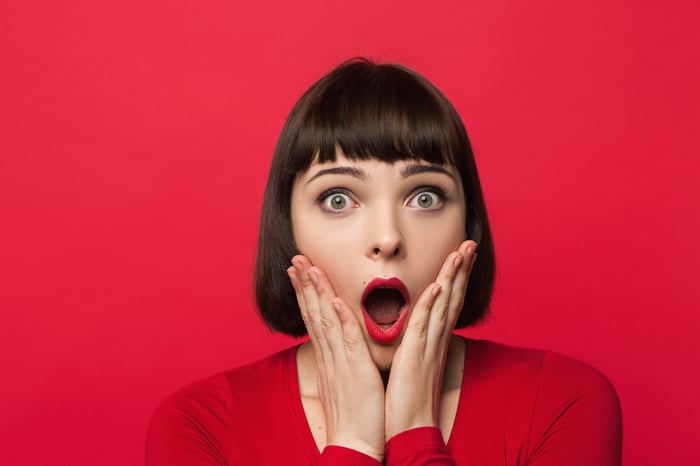 No. 1: You're more unlikely to win than you think

Sure, you know that it's unlikely you'll win a lottery jackpot. But if you're buying tickets, you probably don't realize just how unlikely it is. For example, the odds of winning the Powerball grand prize are 1 in 292,201,338 -- yup, that's more than 292 million. It's even worse for Mega Millions: the odds for its big payout are 1 in 302,575,350. There are about 330 million people in America, so the odds are not that different than if you simply selected one person in America at random.

It's fun, though discouraging, to see what kinds of things are more likely to happen to you than winning the lottery jackpot. For example, you're more likely to get bitten by a shark: Those odds are 1 in 11.5 million, according to the University of Florida's International Shark Attack File. You're also more likely to have identical quadruplets, with the odds of that estimated at 1 in 15 million.

No. 2: Playing every possible number could still deliver a loss

Here's a mindbender: In many cases, if you buy enough tickets to play every possible number combination, you'll end up spending more than the lottery jackpot pays out. With Mega Millions, for example, there are about 302 million different combinations of numbers you could play -- at $2 per ticket. That totals about $604 million -- for a jackpot that's usually significantly less than that.

No. 3: Our brains can trick us into buying tickets

Lotteries have been called a tax on those who are poor at math. But many time, we end up buying lottery tickets because our brains have been tricked.

We see winners -- and not losers -- publicized, which can make us think winning is more likely than it is. We humans are also frequently too optimistic about our chances of winning. We may reason that if we have lost 10 times in a row, we're due to win soon. Or that since we've been playing for many years, it would be a shame to stop now, since we have "invested" all that time and money, and we might win soon.

No. 4: Americans spend more on lotteries than lots of other things

Given that there are some 330 million people in America, that amounts to an average annual spend of nearly $218 per person. And that's just an average. Since plenty of people don't play the lottery at all, that means lots of folks are spending a lot more than $218.

No. 5: You may not want to win a lottery jackpot

Winning a lottery jackpot may appear to be a dream come true, but for lots of winners, it turns out to be a curse. Many didn't know how to manage their money and spent it all quickly. (If you're hoping to win a jackpot, spend some time learning how to invest.) Many were swindled by ne'er-do-wells who were after their money. Less maliciously, friends and relatives often have their hands out, hoping for some of the winnings -- and often getting some. Relationships change, too, often not for the better. One winner is said to have told his financial advisor, "Winning the lottery is the worst thing that ever happened to me."

No. 6: Many winners never collect

Not every lottery winner realizes that he or she is a winner. Many winning prizes go unclaimed -- as much as $2.89 billion worth in 2017, according to the research of Brett Jacobson. It's not a great idea to buy a lottery ticket, but if you do, check to see if you won.

No. 7: You might build your own jackpot, over time

Instead of throwing money down the drain with lottery tickets, you can invest in stocks over meaningful periods and amass some hefty sums with far less risk. For example, if you've been a heavy lottery player, spending $1,000 per year on tickets, you might invest that in stocks instead. If those investments grow at an annual average rate of 8% over 25 years, they'll end up worth close to $80,000! So you'd have spent $25,000 and collected $80,000 -- for a $55,000 gain. That's a much more reliable way to get wealthier than hoping for a lottery gain of $55,000 or more. The table below shows what you might amass if you get serious about investing -- perhaps for your retirement:

Clearly, there are better ways to get rich than via lottery tickets. Investing in stocks is a great way, and you might boost your wealth by simply taking on a side gig -- ideally, investing any extra long-term dollars. Go ahead and buy an occasional lottery ticket just for fun, if you want, but don't buy many, and don't expect to win much.