Please ensure Javascript is enabled for purposes of website accessibility
Log In Help Join The Motley Fool
Free Article Join Over 1 Million Premium Members And Get More In-Depth Stock Guidance and Research
By Christy Bieber – Updated Sep 1, 2020 at 7:33AM

Do they apply to you?

Retirees can choose when to start their Social Security benefits, beginning as early as 62 or opting to wait. But the program is designed to ensure that recipients get the same lifetime benefits no matter when they start collecting.

Those who claim at 62 face early filing penalties, while retirees who claim at their full retirement age (FRA) get their standard benefit, and those who delay beyond FRA -- up until 70 -- get larger checks due to delayed retirement credits. So in theory, this should equal out everyone's total benefits in the end: Those who wait longer will get fewer but larger checks, versus more checks but smaller ones for those claiming earlier.

But this doesn't always happen: The system is based on projected life spans, and you could live shorter or longer than expected. Because of that, it can be hard to decide on the best Social Security claiming strategy. Still, there are a lot of great reasons to start your benefits at 62, as soon as you become eligible. Here are three of them. 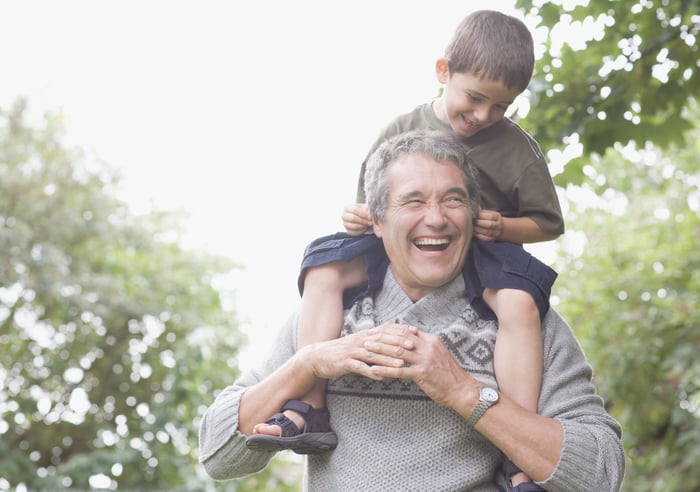 1. Claiming Social Security at 62 may be the key to early retirement

Early retirement comes with lots of advantages. You escape the stress of going to work and have freedom and flexibility while you're still young and healthy enough to enjoy it. But retiring without claiming Social Security to supplement your income can be extremely expensive if you need to depend on your investment accounts as your sole source of funds.

For many people, leaving the workforce at 62 is possible only if they start getting Social Security checks. And if filing for benefits early is the difference between being able to retire when you're ready or being stuck at a job you no longer want for years to come, you may be very happy to settle for a reduced benefit as the price for your freedom.

2. You won't have to worry about breaking even

Delaying a claim for Social Security benefits means missing out on all the income you could have received from the age of 62 until whenever you eventually start getting checks.

You can eventually make up for the missed income with higher monthly checks received later -- but only if you live long enough. Not everyone who delays a claim for benefits will end up breaking even.

That means when you delay your claim for benefits, you are betting on living a long time. If you aren't that confident, you may feel better simply starting your checks as soon as you can.

3. You can get your money ASAP before any future benefit cuts

Social Security's trust fund is expected to run dry in 2035, but the coronavirus crisis could make that happen sooner.

Unless Congress acts to shore up the program's finances before then, its trustees project that retirees will be hit with a 24% cut to benefits, since there won't be enough money to pay out all that was promised. If lawmakers do find a solution, it will probably involve a compromise bill that could include benefit cuts such as raising the FRA, means-testing for some benefits, or reducing cost-of-living adjustments. And even if none of this happens, under the current system, inflation is eroding the buying power of benefits.

All this means there's a very real risk Social Security checks will be worth less in the future. If you want to get as much money as possible before the value of your benefits goes down, it can make sense to claim at 62 instead of waiting.

Is claiming Social Security at 62 the right choice for you?

Claiming at 62 is a high-risk choice, since the majority of retirees will end up with more money in the long run if they wait to claim benefits.

But sometimes it's the right choice because of your personal preferences or your fears about an uncertain future. Just weigh the pros and cons so you don't act in haste and wind up regretting it.