Don't be one of them.

Social Security helps millions of seniors today pay their bills in retirement, but a large number of future recipients may be planning to rely too heavily on those benefits. In a recent AARP survey, 40% of Americans aged 18 and over said they plan to look to Social Security to provide a substantial source of retirement income. But that's a dangerous assumption for a couple of key reasons.

The problem with relying too heavily on Social Security

Many seniors go into retirement assuming they can fully or mostly get by on Social Security. But here's the reality: Those benefits are only designed to replace about 40% of your former income if you earn an average wage. Most seniors, meanwhile, need a lot more money than that to live comfortably.

There's no exact income replacement formula to follow, because the amount of money you'll need in retirement will depend on the lifestyle you choose and the area in which you choose to retire. But as a more general rule, seniors are advised to aim to replace 70% to 80% of their former earnings once they're no longer working. And clearly, Social Security won't come close in that regard, especially when we consider that the average recipient today collects just $1,500 a month, or $18,000 a year, in benefits. 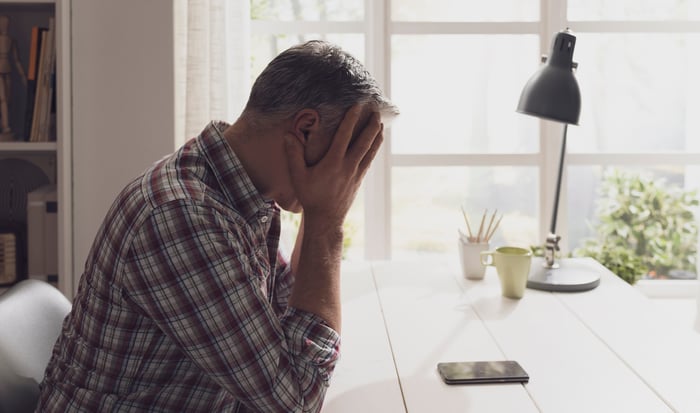 But here's the other problem with Social Security: Its trust funds are running out of money, and once that happens, benefits may be cut by over 20% across the board. In the coming years, Social Security expects to owe more money than it collects in revenue as baby boomers exit the workforce and start claiming benefits. It can get by for a number of years by tapping into its trust funds, but once those funds are depleted, benefit cuts may come into the picture.

Before the COVID-19 crisis, the program's Trustees reported that its trust funds would run dry by 2035. But given the extreme unemployment crisis our nation has endured since March, those funds could run out of money sooner.

Social Security's main source of revenue is payroll taxes. This year, it's collected a lot less due to the pandemic, which could speed up the date at which its trust funds run dry. Either way, if benefit cuts do come to be, Social Security will then replace less than 40% of the typical worker's former wages, so relying on it too heavily could be a recipe for disaster.

What to do instead

Rather than assume that you'll get the bulk of your senior income from Social Security, take savings matters into your own hands. Open an IRA, or sign up for your employer's 401(k), and start funding that account with the goal of eventually socking away 15% of your paycheck each month or more.

At the same time, start thinking about ways you can generate income in retirement. That could mean renting out a portion of your home, working a part-time job, or even starting a business. While you don't have to worry about Social Security going away completely once you retire, you really shouldn't count on it as a primary income source, and the sooner you make a backup plan, the less of a financial shock you'll be in for.