Though there are drawbacks to filing for benefits at 62, in these scenarios, it's a smart move.

"Don't sign up for Social Security at 62. You'll regret it."

Words like that commonly leave the lips of financial advisors who want nothing more than for their clients to get the most out of the Social Security. And if you want to secure the highest monthly benefit possible, signing up at 62 won't get you there.

Your actual monthly benefit is calculated based on your average monthly wage, adjusted for inflation, over your 35 highest-paid years in the workforce, and you're entitled to that benefit once you reach full retirement age, or FRA. FRA is either 66, 67, or 66 and a certain number of months, depending on the year you were born. 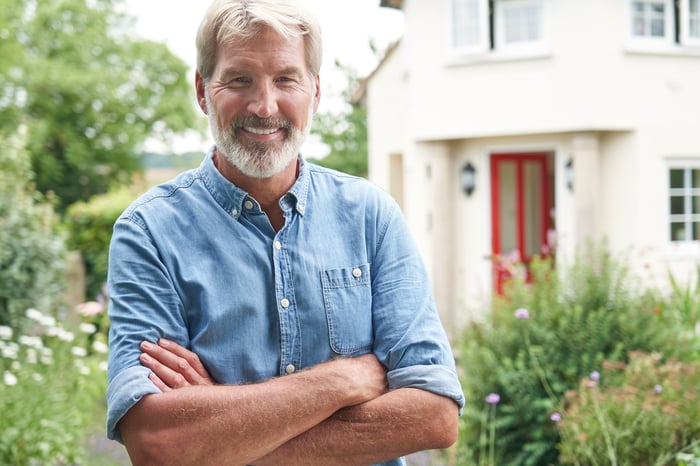 Of course, you're allowed to file for Social Security beginning at age 62, but for each month you claim your benefit before FRA, it gets reduced. On the other hand, if you delay your filing past FRA, you'll boost your benefits by 8% a year, up until you turn 70.

Some financial experts caution that claiming Social Security at 62 could result in years of financial hardship, and given that you'll be collecting a substantially lower monthly benefit, that makes sense. But if the following scenarios apply to you, then filing for benefits at 62 is actually a very smart move.

1. You don't expect to live a long life

None of us can predict our own lifespans, but your health is a strong indicator, and if it's poor as you near retirement, it means there's a good chance you won't live a particularly long life. If that's the case, you're actually better off claiming Social Security as early as possible.

Social Security will generally pay you the same amount of money in your lifetime, regardless of when you file, if you live an average life expectancy. Though filing early will cut your payments on a monthly basis, you'll collect a greater number of individual payments in your lifetime, and so things will basically even out. But if you don't live as long as the typical senior, you'll get more money in your lifetime if you claim Social Security as early as possible, so if you're not confident in your own longevity, filing at 62 is a good bet.

2. You're using the money for leisure purposes only

Many seniors rely on Social Security as their primary income source, which means they need that money to pay for basics like housing, healthcare, food, and transportation. But if you've saved nicely for retirement and have plenty of money to pay for essentials, your Social Security benefits might strictly serve as your "fun money" -- money you use to travel, pursue hobbies, dine out, or enjoy splurges. And if that's the case, you might as well benefit from that money from as young an age as possible.

3. You're planning to start a business

Starting a business is a good way to generate extra income during retirement. But it usually takes money to get a new venture off the ground, and if you'd rather not dip into your savings, Social Security may be your next best bet. In fact, the hit you take on your Social Security benefits could still be less than the interest you might need to pay on a loan to move your idea along. Furthermore, while claiming Social Security at 62 will result in a much lower monthly benefit, the income your business generates might more than compensate for it, making it a worthwhile investment in the end.

There's definitely a danger to claiming Social Security at 62, and it's certainly not the best choice for everyone. But it's also time to dispel the myth that filing for benefits at 62 is a universally bad idea. In fact, 62 happens to be the most popular age for seniors to sign up for benefits, and while some may regret that decision after that fact, that's certainly not always the case. If you have a specific reason for signing up for benefits at 62, you're more likely to come away happy with that decision -- even if it does mean collecting a lower benefit each month for life.