Please ensure Javascript is enabled for purposes of website accessibility
Log In Help Join The Motley Fool
Free Article Join Over 1 Million Premium Members And Get More In-Depth Stock Guidance and Research
By Maurie Backman – Oct 18, 2020 at 7:47AM

A sizable boost to your Social Security benefits could be yours if you make one strategic move.

In an ideal world, you'd enter retirement with enough money stashed in a 401(k) or IRA to use your Social Security benefits as side income. In reality, that might not happen.

Your Social Security benefits are calculated based on your personal earnings history -- specifically, your 35 most profitable years on the job. Once your monthly benefit is determined, you'll be allowed to collect it in full upon reaching full retirement age, or FRA. 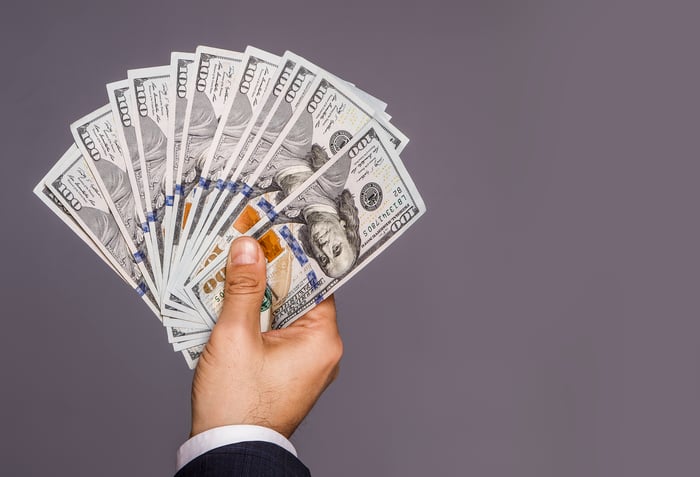 Your FRA depends on the year you were born, per the following table:

However, you don't have to file for benefits at FRA. You can claim them as early as age 62 and reduce them in the process, or delay filing past FRA and increase benefits by 8% a year up to age 70.

Let's say you're looking at an FRA of 67, which is the case if you were born in 1960 or later. The average senior on Social Security today collects $1,519 a month. Delaying benefits for three years will give you a 24% boost. The result? You'll get a monthly raise of about $365 -- assuming your benefit isn't higher than $1,519, which it may very well be. Best of all, any increase in benefits will remain in effect for the rest of your life, so if you're willing to be patient, you could enjoy a rather comfortable retirement in the long run.

Of course, not everyone has the option to delay Social Security until age 70. If you're forced out of a job at an earlier age, you may have to file for benefits sooner to avoid falling behind on bills. If your health is poor, claiming benefits earlier is generally a wiser move. While you'll reduce them on a monthly basis, you might end up with more lifetime income from Social Security in that scenario.

Let's assume that you have the opportunity to keep working until your 70th birthday and that your health is fine. In that case, claiming benefits at 70 could result in the highest raise you might ever get.

Many companies give an annual cost-of-living raise that amounts to roughly 3%. If you delay taking benefits, you get a chance to give yourself an 8% annual raise that no one can take away. That's reason enough to plan on filing for Social Security at age 70, even if it means having to wait.