Social Security is a huge source of financial stability for retirees, and married couples, in particular, can benefit dramatically from Social Security. Not only do workers earn retirement benefits from the federal program, but their spouses are also eligible to receive spousal and survivor benefits -- even if they haven't built up a work history of their own.

When to take Social Security is an important decision and can have ramifications, not just for you, but also for your spouse. There's one mistake, however, that a lot of people make with their Social Security, and as reasonable as it might seem, it can end up costing your loved ones a lot of money. 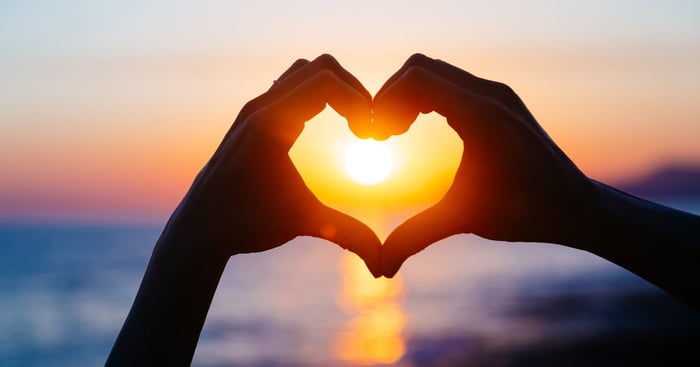 The trade-off in claiming early vs. claiming late

Accordingly, many retirees make decisions about when to claim their retirement benefits based on their expectations about their life expectancy and financial needs. Those who think they'll have a long and healthy life can get more money by waiting until 70 and getting the much larger monthly checks that result from that decision. Those who don't expect to live very long into retirement often claim early in order to get what they can, even if it means accepting lower monthly payments.

But the thing many people forget about when deciding when to take their Social Security benefits is the impact it can have on their spouse. If both spouses work, the situation doesn't come up as often, but it's especially critical when one spouse doesn't work or has much lower earnings than the other spouse.

The critical situation involves survivor benefits. You're entitled to receive a survivor benefit upon the death of your spouse, and the amount is based on his or her work history. As with other types of Social Security benefits, if the surviving spouse claims survivor benefits earlier than full retirement age, there'll be a reduction in the monthly benefit.

What many people don't realize, though, is that the survivor benefit is also subject to reduction if the deceased spouse claimed retirement benefits early. What that means is that if you claim Social Security early and then pass away, your decision will reduce the eligible survivor benefit your spouse can receive.

The true cost of a bad decision

As an example, consider a married person who's 62 and would be entitled to receive typical retirement benefits of $1,500 per month at a full retirement age of 66 and 8 months. Doctors have diagnosed this person with a terminal illness with an expected six months to live. The person's spouse is also 62.

Many advisors would suggest claiming Social Security right away. That way, the person would get six months' worth of Social Security. The reduced payments would be $1,075 per month, which, while much smaller than $1,500, is still better than getting nothing.

However, this decision would also mean that the surviving spouse would only be eligible to receive $1,075 in survivor benefits. Moreover, that payment would only apply if the survivor waited until full retirement age. Claim right at 62 1/2, and there'd be a further reduction to just $884 per month.

By contrast, if the person chose not to claim Social Security at all, the surviving spouse would be entitled to a survivor benefit based on the full $1,500 amount. There'd still be a reduction if the survivor claimed before full retirement age, but it'd be based on that much larger $1,500 number. The resulting figure would be $1,233 per month.

Be good to your spouse

Social Security is an important element not just for you as a retired worker, but also for your entire family. In deciding when to claim your benefits, be sure to consider what would happen to your spouse if you pass away. It could make a huge difference in making the best decision for everyone involved.

If You Love Your Spouse, Don't Make This Social Security Mistake @themotleyfool #stocks Next Article
Current