"Social Security will replace my former paycheck once I retire, right?"

Many people go through their working years without taking the time to learn about Social Security. They tend to miss the fact that Social Security cannot, in fact, completely replace your paycheck during retirement. If that's a myth you've been buying into, you could be headed for trouble.

Social Security's role in your retirement

If you're an average earner, you can expect Social Security to replace about 40% of your preretirement wages. That projection, however, makes two assumptions:

Let's be optimistic and assume that you wind up collecting your full monthly benefit without reductions. If that's the case, are you all set? Hardly. 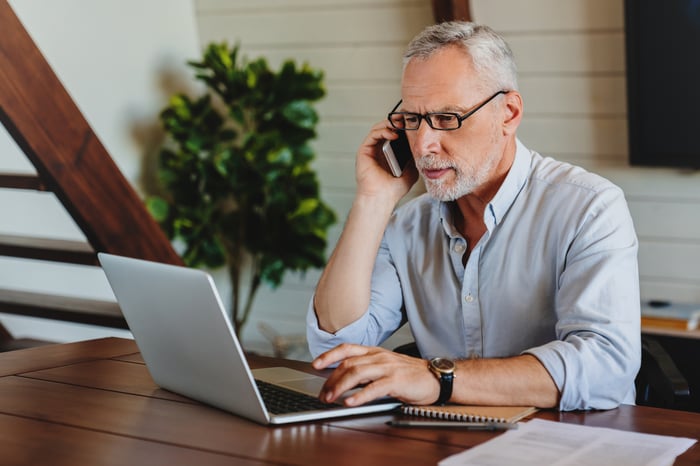 Most seniors can't live on 40% of their former wages. You may not need 100% of your preretirement earnings to survive during your senior years, but planning to give yourself a 60% pay cut just isn't wise. Even if you manage to pay off your mortgage in time for retirement, you'll still need a fair amount of money to cover your living expenses -- and some of those costs may rise.

Take healthcare, for example. The average healthy 65-year-old couple leaving the workforce today could spend as much as $606,337 on healthcare throughout retirement, reports HealthView Services, a cost-projection software provider. Also, once you're retired, you're apt to spend more time at home. The result? Higher utility bills.

Don't forget that holding down a job is a low-cost way to spend your time. Once you retire, you'll have many full days to fill, and keeping yourself busy might require spending some money.

For all these reasons, planning to live on 40% of your former income just isn't realistic. Don't assume you'll manage to live on Social Security alone.

Don't get caught in a financial lurch

So how much of your income should you aim to replace during retirement? Assuming a reasonably modest lifestyle, 70% to 80% is a good bet. If you expect to become a jet-setter, aim higher. If you're certain you'll downsize, relocate to a cheaper area, and spend little on entertainment, then you may be able to get away with a bit less -- say, 60% of your income.

Social Security alone is unlikely to keep you afloat financially during retirement. The sooner you realize that, the more motivated you'll be to start saving. In fact, if you're in your mid-40s with no savings, but you manage to sock away $300 a month for the next 20 years, you'll wind up with about $150,000 if your 401(k) or IRA generates an average annual 7% return on investment (a reasonable assumption if you invest that account heavily in stocks). If you're on the cusp of retirement without savings and no time to build any, you'll have to come up with a backup plan, like working part-time as a senior.

Social Security is an incredibly valuable source of income for millions of seniors today, but it's not meant to cover all of your retirement expenses -- so don't buy into the myth that those benefits will somehow be enough.