Please ensure Javascript is enabled for purposes of website accessibility
Free Article Join Over 1 Million Premium Members And Get More In-Depth Stock Guidance and Research
By Maurie Backman - Jan 2, 2021 at 6:04AM

These tactics will help ensure that Social Security pays you well during your senior years.

1. Delay your filing as long as possible

The monthly Social Security benefit you're entitled to in retirement will hinge on your lifetime earnings -- specifically, the wages you received during your 35 highest-paid years in the workforce. You can't claim that full benefit until you reach full retirement age, or FRA. 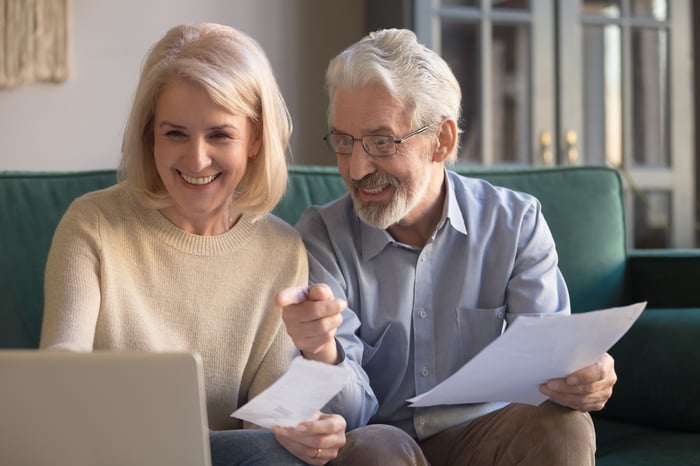 FRA is 66 and two months for anyone born in 1955. From there, it rises two months per birth year until age 67. You're allowed to sign up for Social Security as early as age 62, but for each month you file prior to FRA, your monthly benefit will be permanently reduced. On the other hand, if you put off your filing past FRA, you can accrue delayed retirement credits that permanently boost your benefits by 8% a year.

You can rack up delayed retirement credits until you reach age 70, so if your FRA is 67 (which is the case for anyone born in 1960 or later), you have an opportunity to score a monthly payout that's 24% higher than what you'd otherwise get. That's a smart thing to do if your savings are a bit thin and you expect to rely heavily on Social Security.

2. Coordinate your filing with your spouse

If you're married in retirement, you have a real opportunity to work with your spouse to maximize your benefits. One strategy involves having the higher earner delay benefits as long as possible while the lower earner files for benefits earlier, whether at or before FRA. Of course, you could also do the opposite, but it often makes sense for the higher earner to delay. That way, if the lower earner outlives the higher earner, they'll be entitled to a higher survivor benefit. Once survivor benefits kick in, the entitled spouse gets either 100% of his or her own benefit or 100% of his or her deceased spouse's benefit -- whichever is higher.

Most of these states offer exemptions for lower or moderate earners, but some don't. Choose the state you retire in carefully. Keep in mind, though, that some of these states offer a relatively low cost of living despite imposing a tax on benefits. Weigh that perk against the chunk of benefits you'll lose to taxation.

The more money you're able to collect from Social Security, the more financially sound your retirement is apt to be. Employ these strategies to not only snag a higher benefit, but also make sure you get to keep as much of those monthly payments as possible.