When it comes to signing up for Social Security, you have choices. You can claim your benefits at the earliest possible age of 62, sign up at full retirement age (which is somewhere between 66 and two months and 67 if you were born in 1955 or later), or delay your filing until the age of 70. And of course you can sign up for benefits at any point during that eight-year window. For example, you might decide to file at 64 based on your personal needs and circumstances, or to claim benefits at 68.

If you wait until full retirement age to sign up for Social Security, you won't take a hit on your benefits -- meaning, you'll get the amount you're entitled to based on your earnings history. And if you delay benefits past full retirement age, they'll increase by 8% a year, up until your 70th birthday.

On the other hand, claiming benefits at any point prior to full retirement age will result in an automatic reduction, the extent of which will depend on how early you file. Slashing your benefits may seem like a bad thing -- but here are some reasons why it could pay to file early anyway. 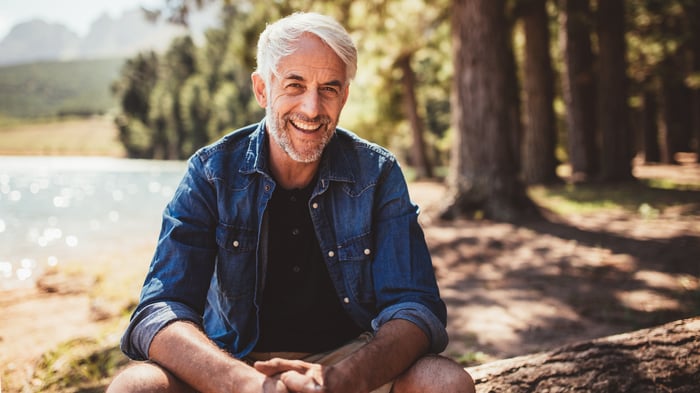 Let's face it -- mortality isn't something anyone can predict. And while you're likely to come away with a lower lifetime benefit by filing early and then living a long life, if you pass away at a relatively young age, the opposite will hold true -- you'll get more money from Social Security in your lifetime if you file for benefits early.

Seniors in notably poor health are often advised to sign up for Social Security ahead of full retirement age for this reason, but the reality is that you don't need to have known medical issues for filing early to make sense. Think about it -- you could be perfectly health at age 62 and a year later get diagnosed with an illness that reduces your life expectancy substantially. Is that a risk you're really willing to take?

2. You can use the money to make money

Many seniors opt to work in retirement, and it's a great time to pursue that venture you're always dreamed of, whether it's opening a cafe or starting a pet care business out of your home. But getting a business off the ground takes money, and if you claim Social Security early, you could use your benefits to cover those costs, thereby giving you something meaningful to do with your time while also opening the door to additional earnings.

3. You'll get a jump-start on meeting your goals

Maybe you've always wanted to travel the globe but didn't because work and family responsibilities held you back. Well, if you file for Social Security early, there's your chance to hop on a plane and explore those corners of the world that have always eluded you.

Now to be clear, claiming benefits early and using the money for things like travel isn't the best idea if you've saved little for retirement and will need your Social Security income to cover your basics, like housing and food. But if you have a healthy enough nest egg to tackle your general living costs, claiming Social Security early could make it possible to meet your goals while you're still young enough to make them happen. In the case of travel, for example, you may find that you're less mobile or up for an adventure at 67 than at 62.

Though you'll take a financial hit if you sign up for Social Security before reaching full retirement age, it's easy to argue that doing so is a smart move. Think about what an early filing could do for you and see if it makes sense to take on the risk of a lower monthly benefit to reap the upside.