Want to enjoy your senior years to the fullest? Here's what you need to do.

Retirement is a milestone to look forward to -- but it can also be stressful from a financial perspective. If you'd rather spend your senior years golfing and enjoying the beach as opposed to sitting home worrying about money, here are a few important moves to make.

You'll need money outside of Social Security to live comfortably, so contributing steadily to a dedicated savings plan is essential. But it's also imperative that you start doing so from a young age, because when it comes to growing wealth, time is really your most powerful weapon. 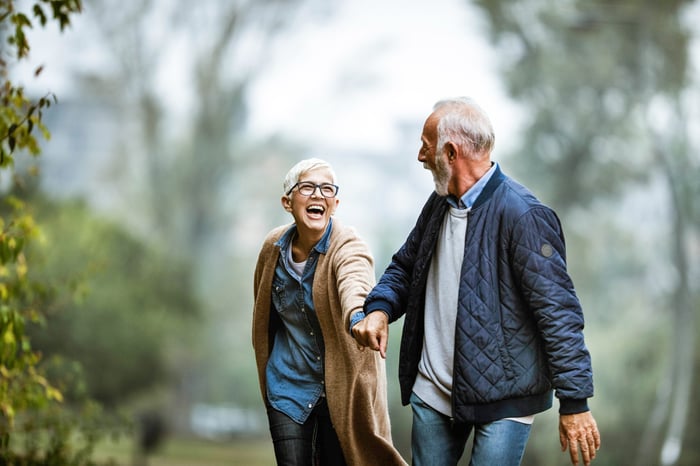 Imagine you're able to sock away $300 a month for retirement over 30 years. If you invest that money at an average annual 7% return (which is doable with a stock-heavy portfolio), you'll end up with about $340,000. Now that's a nice chunk of money, but if you were to start saving that $300 a month 10 years earlier, you'd wind up with about $719,000, assuming that same return.

The 7% return we just talked about? You most likely won't get it if you concentrate on bonds. Bonds may be a safer investment than stocks, but you'll suffer as far as returns go. We just saw that saving $300 a month over 40 years would result in $719,000 with a 7% average annual return. With bonds, you might get half that return, which means you'd be looking at retiring with closer to $300,000 -- again, not small change, but nowhere close to $719,000.

3. Extend your career a bit longer

You might think that working an extra couple of years won't make much of a difference in the grand scheme of your retirement. But actually, it could. Imagine you're nearing retirement and have $719,000 in savings -- we'll go with that figure since we landed on it before. At that point, if you invest that sum at a very conservative 2% return and let it sit two extra years, you'll wind up with $748,000. That's not a life-changing boost, but it's a nice boost nonetheless.

Just as importantly, working a little longer could put you in a position to delay your Social Security filing. For each year you hold off on taking benefits past your full retirement age (which, if you were born in 1960 or later, is 67), they'll grow by 8%, and that increase will then remain in effect for your entire retirement. That could put a lot of extra money in your pocket month after month.

Living in an expensive city is a good way to drain your limited financial resources. That holds true during your working years as well as retirement. The only difference is that while you're still employed, you may need to pay a premium and live someplace costly to get access to a good job. Once you stop working, you won't have the same constraint, and so if you relocate to a part of the country that's less expensive on a whole, you'll be able to stretch your savings and Social Security benefits rather than constantly find yourself pinching pennies.

You deserve a retirement devoid of financial stress. Make these key moves, and you'll be able to spend your senior years enjoying life rather than worrying your way through it.