Please ensure Javascript is enabled for purposes of website accessibility
Log In Help Join The Motley Fool
Free Article Join Over 1 Million Premium Members And Get More In-Depth Stock Guidance and Research
By Maurie Backman - May 17, 2021 at 5:08AM

Before you rush to sign up for benefits, consider this potential pitfall.

When it comes to signing up for Social Security, you have options. You can file at full retirement age, or FRA, which is either 66, 67, or somewhere in between, depending on your year of birth, and collect the full monthly benefit you're entitled to based on your earnings history. Or, you could delay your filing past FRA and score an 8% boost to your benefits for each year you hold off, up until the age of 70.

You can also file for Social Security ahead of FRA -- specifically, as early as age 62. Not surprisingly, 62 has long been the most popular age to sign up for benefits, since it gets seniors their money the soonest. But there's a downside to filing at 62 -- you'll lock in a much lower monthly benefit for life.

Now, the exact hit your benefit will take will depend on your FRA, but if you were born in 1960 or later, for example, and your FRA is 67, then you'll shrink your benefits by 30% on a permanent basis by claiming them at 62. For some seniors, that hit is worth it, especially if it allows them to retire early. But before you rush to claim Social Security at 62, consider that you may end up living a lot longer than you'd expect -- and that filing early in that situation is a very bad idea. 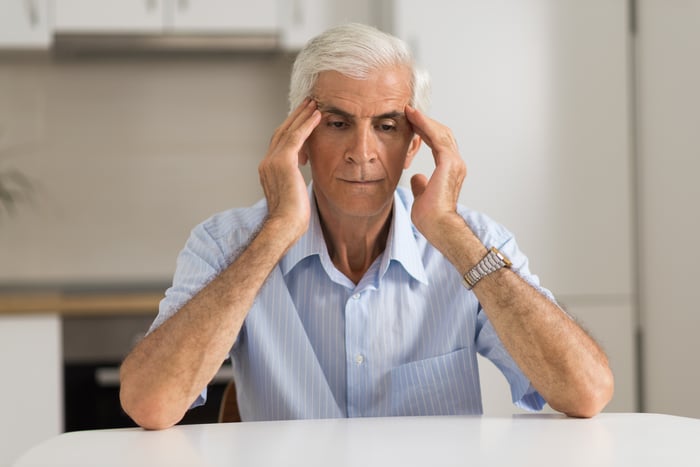 When waiting on Social Security pays off

If you don't expect to live a very long life, then filing for Social Security at 62 could work to your benefit. But if you do wind up living a longer life, then claiming it at 62 could hurt you financially in a number of ways.

But that's not all. The longer you live, the more you'll risk depleting your retirement savings in your lifetime. And once that money runs out, you may become even more reliant on Social Security. At that point, can you really afford to collect a lower monthly benefit if it's pretty much your only source of income? Probably not.

That's why claiming Social Security at 62 isn't always the best idea. While there's no way to predict how long you'll live, if you have no reason to believe you'll pass away at a fairly young age, then waiting until FRA or even beyond could be a smarter move.

To be clear, there are plenty of scenarios where filing for Social Security at 62 makes sense. If you can't continue to work, for example, and you need to retire at 62, then claiming benefits is far better than racking up debt just to cover your living expenses. And if you've saved really well for retirement and can easily cover many decades of living costs with your IRA or 401(k) plan, then you may want to file for benefits early and use that money to travel while you're relatively young.

The key, therefore, is to think carefully before signing up for benefits. Filing at 62 may work out well for you -- but just be aware that you might regret your decision if you wind up living a longer life than anticipated.