Please ensure Javascript is enabled for purposes of website accessibility
Log In Help Join The Motley Fool
Free Article Join Over 1 Million Premium Members And Get More In-Depth Stock Guidance and Research
By Maurie Backman - May 31, 2021 at 6:36AM

After years of stingy cost-of-living adjustments, will seniors finally get a larger boost?

From gasoline to groceries, the price of common goods seems to be going nowhere but up. We can thank supply chain issues and inflation for that. But while inflation is often regarded as a bad thing -- because, after all, it makes things cost more -- it could work to seniors' benefit in the near term.

Could seniors be in line for a big Social Security raise?

Each year, Social Security recipients are eligible for a cost-of-living adjustment, or COLA. COLAs are calculated based on data from the Consumer Price Index for Urban Wage Earners and Clerical Workers (CPI-W), which measures fluctuations in the cost of common goods and services. When inflation strikes and the CPI-W rises, seniors on Social Security are given a raise. But when the CPI-W drops or stays flat, seniors can be denied a COLA.

Over the past few months, we've seen our share of inflation, to the point where a lot of people are feeling the pain at the pump and at the supermarket. And if that trend continues, it could result in seniors getting a big Social Security raise for 2022. 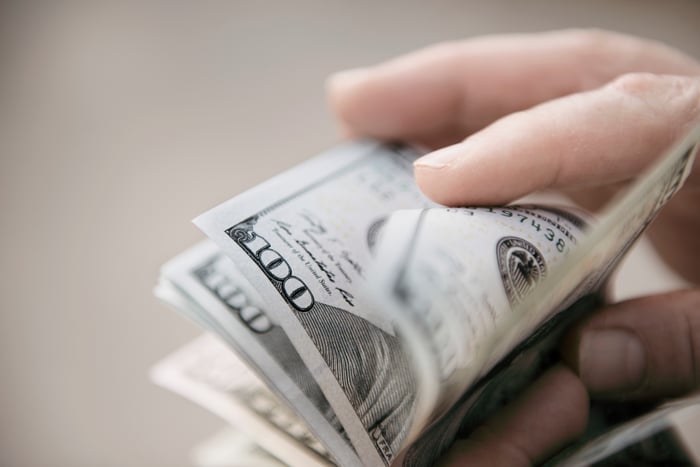 Now one thing to keep in mind is that COLAs are calculated based on third quarter data from the CPI-W only. If inflation begins to decline over the summer, it will impact the raise seniors get. But if the past few months are any indication, seniors could finally be in line for a decent boost to their Social Security benefits.

Over the past few years, COLAs have been fairly stingy due to minimal movement in the CPI-W. In 2021, seniors got a 1.3% raise. The year prior, it was 1.6%. And there have been three different instances since 2010 when seniors got no COLA at all.

Of course, wishing for a robust COLA going into 2022 also, to an extent, means wishing that inflation holds steady and that the cost of common goods remains high. And that's why generous COLAs are really a mixed bag. While seniors may be able to look forward to more money next year, on the flipside, they may be spending more money than ever just to cover basic living costs. And given that Social Security has, for many years, done a poor job of enabling seniors to maintain their buying power, that's not exactly a great situation.

Plus, Social Security COLAs are often, at least partially, wiped out by Medicare premium increases -- an unavoidable healthcare expense. We don't know to what extent the cost of Medicare Part B will rise in 2022, but that, too, will play a role in determining how much extra money seniors ultimately walk away with.

It's a bit too soon to make predictions about next year's COLA, but based on what we know so far, the likelihood of seniors getting no raise at all is slim. Rather, Social Security beneficiaries should gear up for some sort of raise, and maybe even a decent one. But whether that actually improves their standard of living is a different story.