Please ensure Javascript is enabled for purposes of website accessibility
Log In Help Join The Motley Fool
Free Article Join Over 1 Million Premium Members And Get More In-Depth Stock Guidance and Research
By Maurie Backman - Jun 9, 2021 at 6:04AM

Many people enter retirement with inadequate savings, and it's a problem. But what about the opposite?

Many people enter retirement with little to no savings and struggle financially because of it. But what if you're in the opposite boat? What if you're years away from retiring but already have millions socked away in an IRA or 401(k) plan?

Now let's be clear -- that would be a very good situation to land in.

But at some point, is it safe to stop saving for retirement and spend your money instead of setting it aside for the future? Or should you aim to save as much as you can -- no matter what that number looks like?

It's all about striking a balance

The scary thing about retirement is that there are so many variables involved. For example, if your home ends up needing lots of repairs, that could eat into your income in a very serious way. 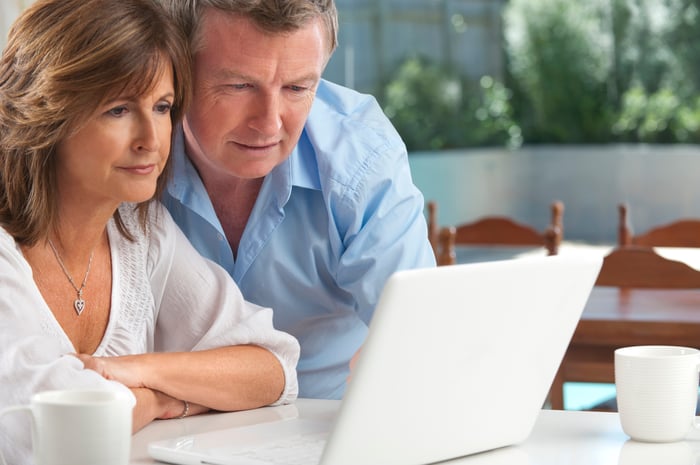 Your health will also dictate what your finances look like. If you end up having to spend a lot on medical care, that'll take up more of your savings.

Also, most seniors wind up needing some type of long-term care in their lifetime. For you, that could mean hiring a home health aide for three months, or it could mean having to spend three years in a nursing home. And the latter is obviously an exponentially more expensive prospect.

That's why you may be eager to just save as much as money as you can -- even if that means kicking off your senior years with millions of dollars to your name when you're used to living modestly.

So what should you do if you're, say, 10 years away from retirement but already have a heaping pile of savings? Well, it depends. If you can continue to save without depriving yourself of the things you want to do in the near term, then there's no harm in continuing to fund your retirement plan.

But let's say you're used to living on $100,000 a year and by the time you're 10 years away from retirement, you already have a $3 million nest egg. If you take withdrawals from savings during retirement at a rate of 4% a year, which financial experts have long recommended, that leaves you with $120,000 in annual income, and that's not even counting Social Security.

If you really want to travel or enjoy other experiences while you're younger, then you may decide that that $3 million is enough and leave things at that. Or, you may decide to continue funding your retirement plan, but at a lower rate.

You don't need to go overboard

There's certainly no such thing as having too much money saved for retirement. But you also don't need to go overboard.

You can continue to save if doing so means still getting to enjoy your life to the fullest, and if you're hoping to pass wealth onto your heirs, which a Roth IRA can help you do, then it's worth continuing to fund a retirement plan. Otherwise, it is OK to say enough is enough -- and be content with the nest egg you already have.