In the course of your lifetime, there are different mistakes you can make that impact the amount of money you receive from Social Security. One such mistake is not checking your annual earnings statements for errors. If your income is ever underreported, it could leave you with a lower monthly benefit for life.

Another common mistake that people make is claiming Social Security ahead of full retirement age, or FRA. FRA is when you're entitled to receive your full monthly Social Security benefit based on your lifetime earnings.

Some people file for benefits ahead of FRA because they don't know what that age actually is (hint: it's 67 for anyone born in 1960 or later). Other people claim benefits early because they're eager to get their money and simply don't want to wait. 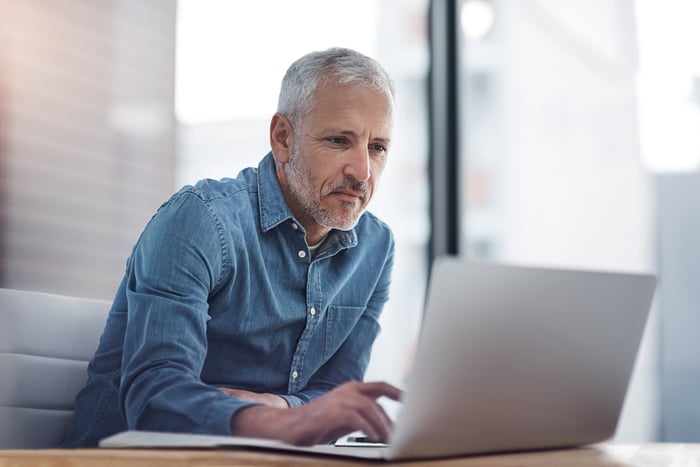 Either way, signing up for Social Security early means potentially locking in a lower benefit for life. And the hit your benefit takes could be substantial. If you file at the earliest possible age of 62 with an FRA of 67, you'll slash your benefit by 30%.

But while claiming benefits early often results in a permanent reduction, it doesn't have to. And so if you're convinced that filing for Social Security before FRA was a mistake, there's one step you can take to correct it.

You can undo your filing

One lesser-known Social Security rule is that you're allowed one do-over in your lifetime when it comes to filing for benefits. If you sign up ahead of FRA and regret that decision later, you can undo your filing and claim benefits again at a later date.

That said, there are a couple of basic rules you'll need to follow:

If you're able to stick to these rules, you can effectively cancel your initial filing and get a clean slate to claim benefits again at a later date. That could, in turn, leave you with a much higher benefit for life.

If you recognize your mistake quickly enough, you can withdraw your Social Security application, repay whatever benefits you collected, and file again at a later age -- either at FRA or even beyond, as delaying your filing could leave you with an even higher monthly benefit.

Who says there are no second chances?

Some mistakes in life can be difficult to recover from. The good news is that if you file for Social Security too early, you can correct that mistake and move on.

Of course, the best thing to do is spend lots of time thinking about what age to file at before diving in. That way, you'll be more likely to wind up happy with your decision. That said, it's also OK to change your mind, and so you shouldn't hesitate to snag that do-over if you feel you claimed your benefits at too early an age.