You could end up collecting a lot of money from Social Security. Here's how.

You'll often hear that Social Security won't pay you enough money on its own for you to live comfortably in retirement. And for many people, that's true.

But what if you were able to collect $3,895 a month in Social Security? Would that be enough to maintain a decent standard of living?

That $3,895 isn't just an arbitrary number. Rather, it's the highest Social Security benefit you can collect in 2021.

Now let's get the bad news out of the way. Most seniors won't qualify to receive a $3,895 monthly benefit. But some people might. Here are the steps that need to be taken to score that maximum payday. 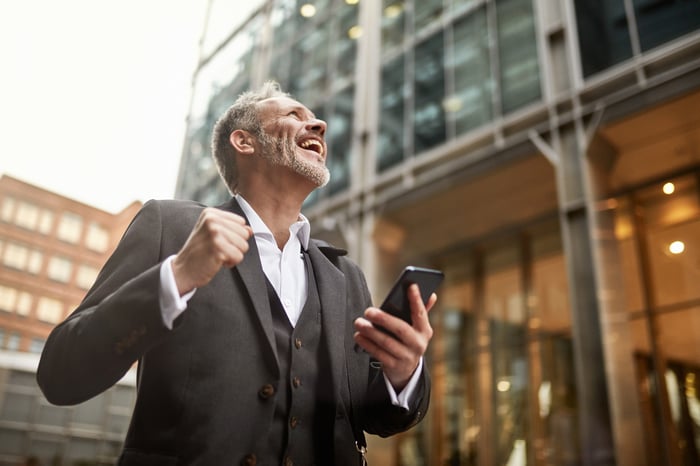 The Social Security benefit you're entitled to in retirement is based on your 35 highest-paid years of earnings. But if you don't work a full 35 years, you'll have a $0 factored into your benefits calculation for every year you go without an income. Make sure to put in 35 years in the workforce at a minimum if you really want a shot at that maximum benefit.

This year, the wage cap sits at $142,800, which means earnings beyond that point aren't subject to Social Security taxes and won't help you collect a higher benefit. Chances are, next year's wage cap will be higher, since it's historically risen from year to year. If you want to claim the maximum Social Security benefit, your earnings need to be high enough that they reach the wage cap limit for at least 35 years.

3. Delay your filing until the age of 70

Working a full 35 years and earning a high salary during that time will leave you in a great position to claim a generous Social Security benefit. But if you want the maximum benefit, you'll need to delay your filing as long as possible, which means claiming benefits at age 70.

Now you should know that you're entitled to your full monthly benefit based on your wage history much sooner than that. Once you reach full retirement age, you can snag that benefit in full. Full retirement age is either 66, 67, or somewhere in between -- it depends on when you were born.

For each year you hold off on claiming benefits, though, they increase by 8%. And while you can't grow your benefits past the age of 70, if you delay your filing until that point, you could snag the maximum amount Social Security is paying.

Clearly, scoring the maximum Social Security benefit is no easy feat. But don't stress if you can't pull it off. Instead, focus on the things you can do to raise your benefit as much as possible. That could mean extending your career another year or two, fighting for a raise at work, or delaying your filing as long as it's feasible.

You may not end up collecting $3,895 a month in Social Security. But that doesn't mean you won't end up quite happy with the benefit you end up receiving.