Please ensure Javascript is enabled for purposes of website accessibility
Log In Help Join The Motley Fool
Free Article Join Over 1 Million Premium Members And Get More In-Depth Stock Guidance and Research
By Maurie Backman – Sep 9, 2021 at 5:36AM

A reduction in benefits may be inevitable, and so it's now more important than ever to sign up for Social Security at the right time.

Recently, after a multi-month delay, the Social Security Trustees released an update on the state of the program's finances. The news wasn't wonderful.

Social Security, in the coming years, is expected to owe more money in benefits than it collects in revenue. It can keep up with scheduled benefits by tapping its trust funds. But once those funds are depleted, benefit cuts may be inevitable.

Right now, it's looking like those cuts could amount to 22% of scheduled benefits. That's a large chunk of money for seniors to lose. 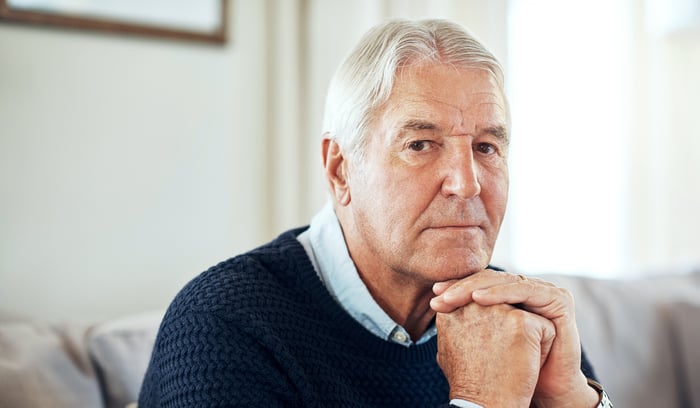 As per the Trustees' latest projections, Social Security's trust funds will be out of money by 2034. And that means benefit cuts could happen that year.

Knowing this, you may be inclined to file for Social Security at an earlier age than you initially anticipated. While you're entitled to your full monthly benefit based on your wage history at full retirement age (FRA), which is either 66, 67, or somewhere in between, you're allowed to sign up for Social Security as early as age 62. But doing so could end up being a huge mistake.

The danger of filing early

There are certain scenarios where claiming Social Security as early as possible makes sense. But you shouldn't let this latest Trustees update drive you to file for benefits at 62 if that was never your plan in the first place.

If you sign up for benefits at 62, you'll reduce them by 25% to 30%, depending on your specific FRA. And while you may get your money sooner, one thing you have to remember is that you could end up with a long retirement ahead of you. Locking in a lower monthly benefit for life could leave you cash-strapped down the line.

While Social Security may need to reduce the amount it pays in benefits, the program is not in danger of running out of money completely. And so there's no sense in rushing to claim your benefits early for fear that if you don't act quickly, you'll lose out.

Furthermore, those benefit cuts aren't set in stone. Lawmakers can still implement other changes, like tax increases, to make up for Social Security's impending revenue shortfall.

Don't get spooked into a bad decision

Hearing that Social Security benefit cuts are on the table -- and not so far into the future -- may be quite unsettling. But don't let that news drive you to make a financially harmful decision.

Rather than rushing to take benefits early, think about your income-related needs and life expectancy. If you're in great health and expect a long retirement ahead, then slashing your benefits by claiming them early is a move that could really come back to haunt you.

Remember, lawmakers may do their part to prevent benefit cuts. But if you file for Social Security ahead of FRA, you'll automatically slash that income stream for the rest of your life. Make sure you recognize the consequences of doing so before moving forward with that decision.