Seniors don't all have to sign up for Social Security at the same age. Rather, you get a choice. You can file for benefits as early as age 62, or you can delay your filing until 70. In fact, technically, you can claim benefits after age 70, but since there's no financial incentive to go this route, 70 is generally considered the latest age to sign up.

In the middle of age 62 and 70 is full retirement age. FRA hinges on your year of birth and is either 66, 67, or somewhere in between.

Claiming benefits before FRA means signing up early. And while you're certainly allowed to do that, here are a few things you need to know if that's the road you're thinking of taking. 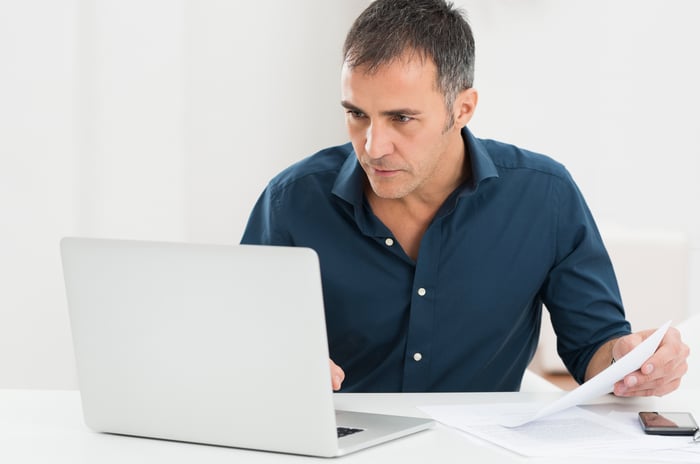 1. You may end up reducing your monthly benefit by up to 30%

The Social Security Administration (SSA) won't just give you your benefits early for nothing in exchange. For each month you claim them ahead of FRA, they get reduced by a certain percentage.

Now if you only file for Social Security a year before FRA, you'll lose about 6.67% of your benefits. But if you file five years early, you'll be looking at a 30% hit. And that's pretty substantial, especially if you don't have a larger nest egg to supplement those benefits with. Be sure you understand how much monthly income you stand to lose before claiming benefits ahead of FRA.

2. Your benefit won't be restored to its full value once you reach FRA

You may be inclined to take your benefits early at a reduced rate and wait for your full benefit to be restored once you reach FRA. But that's not how Social Security works.

If you file for benefits ahead of FRA, you're generally locking in that lower benefit for life. And so if you decide to sign up at age 62 and slash your benefits by $450 a month, for example, you won't get that $450 added back to your benefit at FRA.

3. You can undo your filing if you regret signing up early

Generally, claiming Social Security early means getting stuck with a lower benefit for the rest of your retirement. But there's a way around that.

The SSA gives all filers one chance at a do-over. If you claim benefits early but regret your decision afterward -- especially once you see how small your benefits end up being -- you can undo your filing within 12 months and claim Social Security again at a later date.

But there's a catch, and it's that you'll also need to repay the SSA every dollar in benefits it paid you to start over with a clean slate. If you regret filing early eight months after having done so but you've already spent the benefits you received, you may be out of luck.

In some cases, claiming Social Security before FRA is a smart move, such as if you're planning to use the money to start a business, or if you've saved up so much for retirement that a 30% reduction to your benefits won't hurt you at all. But for many seniors, filing early will ultimately be a poor choice -- one that leads to many years of financial stress. And so if you're thinking of filing for benefits early, it's important that you understand exactly what that means.