Given how little of your income Social Security replaces in retirement, it may seem foolish to apply for benefits at 62 -- the earliest age you can begin receiving them. That's because claiming Social Security at 62 reduces your benefits by 25% compared to the amount you would receive if you claimed at your "full retirement age" -- that is, the age at which you're entitled to your full primary insurance amount. (Your full retirement age is between 66 and 67 depending on when you were born.) Wait until age 70, and your Social Security benefit would be 76% higher than it would be if you claimed at 62.

So is there any reason to take your benefits early? We asked three Motley Fool contributors for their opinion, and it may surprise you. Read on to learn why they think taking Social Security at 62 may be a smarter move than you might think. 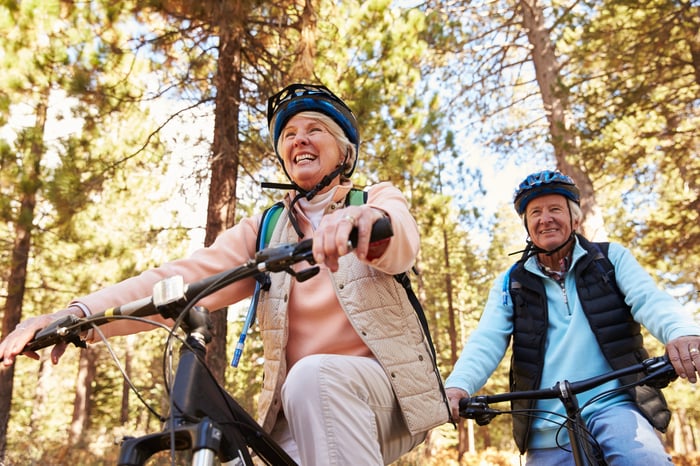 There's more to it than the size of your benefits

Selena Maranjian: One solid reason to start collecting your Social Security benefits at age 62 is that your cumulative lifetime benefits won't be affected as much as you might expect. Sure, your benefits will grow much larger the longer you delay receiving them -- up until age 70, when they stop growing. And when you take benefits at the earliest possible age of 62, your benefit will be cut by a quarter (or even more if you're claiming spousal benefits). That may sound alarming.

Here's an example using Social Security's "quick calculator": If you were born in June 1960 and currently earn $50,000 annually, then you can expect roughly the following benefits depending on the age at which you started collecting:

Between the earliest and latest dates, the amount you'd receive each year nearly doubles!

But there's more to it than the size of your benefits. Between age 62 and age 70, there are eight years, or 96 months. So if you waited until age 70, you'd miss out on 96 payments of $1,090, or about $105,000 altogether. That's roughly four years' worth of the age-70 payments. The Social Security Administration itself explains, "As a general rule, early or late retirement will give you about the same total Social Security benefits over your lifetime."

Your family could benefit

Cheryl Swanson: Claiming Social Security benefits at age 62 can lead to a clear economic gain for your family if you had children or adopted later in life. Once you pass the age of 62, your child may be eligible to collect up to 50% of your retirement benefit if he or she is:

In addition, your spouse may be entitled to a child-in-care benefit of up to 50% until your child reaches the age of 16. Note that there is a maximum family benefit that depends on the amount of your benefit and the number of family members who also qualify based on your record. The maximum, including your benefit, generally ranges from 150% to 180% of your monthly payment.

Let's look at a hypothetical situation to see how claiming family benefits early can make sense. Mike and Michelle had children late. Now Mike is 62, Michelle is 58, and they have one son, Matthew, aged 10. If Mike waited until his full retirement age of 66 to claim Social Security, he would collect about $2,200 per month. At age 62, he's entitled to about 75% of that, or $1,650 per month.

But claiming early also means Mike's family will collect benefits four years early. For simplicity's sake, let's say the family's maximum benefit is 150% of Mike's benefit. That means instead of $1,650 per month, Mike's family would receive a total of $2,475 per month.

When Michelle reaches 62, she can start collecting on her own work record. She'll have to forgo the amount she was collecting as a spouse caring for a young child. But on the bright side, if Michelle's work record gives her a larger primary insurance amount, then Matthew's child benefit could go up; child benefits are calculated based on which parent has the larger full retirement benefit.

I won't kid you: Learning when and how to claim Social Security benefits is not child's play. It can be diabolically complicated. But it's worth the time, because getting the right benefit at the right time can make a big difference in your family's financial well-being.

Dan Dzombak: Taking Social Security at 62 is smart if you do not expect to live to your age group's life expectancy. Your longevity is not a fun subject to think about, but it's something you should definitely consider in all aspects of your retirement planning.

While 60-year-old men and 60-year-old women are expected, on average, to live another 21 and 24 years, respectively, not everyone will make it to their eighties. It can especially make sense to claim Social Security early if you do not expect to make it to your late 70s. So if you don't expect an especially long retirement, then you might consider maximizing your lifetime Social Security benefits by claiming as early as possible.