If one of your workplace’s benefits is a 403b plan, contributing to it is probably a good idea.

A 403b is a great way to save a lot of money for retirement. Image: Pictures of Money, Flickr.

Most Americans have no pension and little chance of getting one; therefore, it's largely our own responsibility to plan and prepare for our retirements. Fortunately, there are tax-advantaged plans -- such as 403b plans -- that can help us save a lot for retirement.

What, exactly, is a 403b plan? It's very much like a 401(k), which is more familiar to most people. While 401(k)s are offered to many who toil at for-profit companies, 403bs are generally offered to certain employees of the government, or to workers at many tax-exempt organizations such as schools, hospitals, and churches. Its name comes from the section of the tax code that describes it.

Nuts and bolts
You contribute to a 403b plan via deductions from your paycheck, just like with a 401(k). Both kinds of plans have the same contribution limits, too. For 2015, it's $18,000, which is considerably more than the maximum of $5,500 you can contribute to an IRA. On top of that, those aged 50 and up can make an additional contribution of up to $6,000, for a possible grand total for the year of $24,000. That's a powerful way to build a big nest egg.

Just like 401(k)s, 403bs are now offered in both the traditional and Roth variety. With a traditional 403b, your contribution is deducted from your taxable income, reducing your taxes in the contribution year.

Meanwhile, the Roth 403b works differently. Your contribution doesn't have any effect on your taxes in the contribution year. It's made with post-tax, not pre-tax money. That may not seem particularly attractive, but hang on: If you follow the rules, when you withdraw your money in retirement, you do so tax free! That can be a very big deal.

The money in your 403b account can't be invested in just anything. Typically, your employer's plan will offer a range of choices, such as a few managed stock and bond funds, and some index funds.

Match this
One key way that a 403b plan can help you amass a big nest egg for your retirement is through matching funds. Just as with 401(k) plans, many employers will match the contributions you make to your 403b plan, up to a specified limit. For example, they might chip in 50% of any contributions you make, up to 6% of your salary. So if you earn $50,000 and contribute 6%, or $3,000, your employer will chip in another $1,500. It may not seem like a fortune, but it's free money, so it's usually worth participating in your plan at least enough to grab all available free dollars. Some employers offer much more generous matches, such as matching all 6%.

It's worth noting, too, that unlike 401(k) plans, which often feature employer contributions vesting over several years, many 403bs vest immediately. That can be a handy feature if you don't end up staying in a job long. 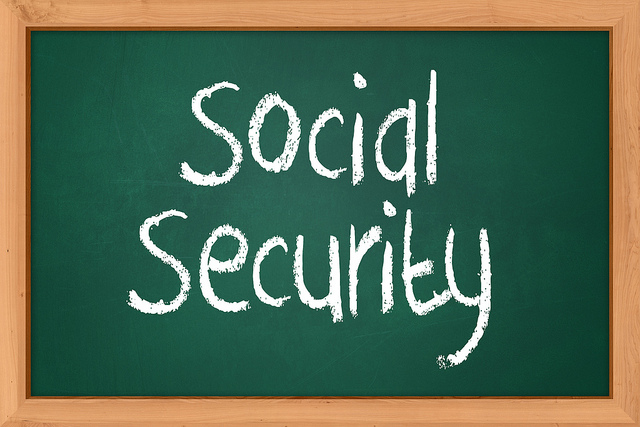 Offering an average annual benefit of about $16,000, Social Security won't be enough for most of us. Image: StockMonkeys.com

The power of the 403b
Lest you assume that a 403b is just a boring account that will slowly fill with money, let's run through an example to change your mind. Imagine that, between you and your employer, your account is funded with $8,000 per year for 25 years. Imagine, too, that your money grows at an annual average rate of 8%.

You can amass even more than that if you contribute more each year to your account -- especially in your early years, as early dollars have the longest time to grow. Remember -- the contribution limit is at least $18,000 -- and it is increased over time to keep up with inflation.

If one of your workplace's benefits is a 403b plan, contributing to it is probably a very good idea. And if you just have a 401(k), that's just about as good. It's up to most of us to save for our retirements.

Longtime Fool specialist Selena Maranjian, whom you can follow on Twitter, has no position in any stocks mentioned. The Motley Fool has no position in any of the stocks mentioned. We Fools may not all hold the same opinions, but we all believe that considering a diverse range of insights makes us better investors. The Motley Fool has a disclosure policy.