Please ensure Javascript is enabled for purposes of website accessibility
Log In Help Join The Motley Fool
Free Article Join Over 1 Million Premium Members And Get More In-Depth Stock Guidance and Research
By Dan Caplinger – Feb 1, 2016 at 8:01AM

The choice of president could have a dramatic impact on the program. 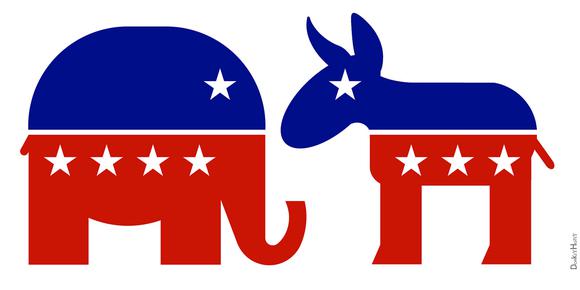 Medicare has been a cornerstone of retirement security for more than half a century, and tens of millions of Americans would face big challenges in paying for their healthcare without it. The presidential election campaign in 2016 promises to be full of heated debates both within and between the major political parties, and Medicare will be one area in which the candidates will have very different opinions. Let's take a closer look at the political ramifications of Medicare and what impact the election in 2016 will have on the program's future.

The key issues facing Medicare in the 2016 elections
Various candidates have a wide range of views on exactly what Medicare should look like, but in simplest terms, the issues boil down to the following:

What Democratic candidates want from Medicare
Between the two leading Democratic candidates, Hillary Clinton and Bernie Sanders have a lot in common. Both support Medicare and believe that it should be allowed to negotiate prescription drug prices in an effort to reduce the costs that drugmakers charge the program. Both also support the reforms to Medicare that the Affordable Care Act has imposed, and neither would privatize the system.

Sanders believes that the single-payer system that Medicare exemplifies would work well for the entire American population. His vision of "Medicare for all" would expand the program to provide universal coverage. He would also accelerate the elimination of the current gap in prescription drug coverage known as the donut hole, bringing the currently planned 2020 date for full elimination of the coverage gap forward to 2017.

What Republican candidates want from Medicare
By contrast, the views of Republican candidates on Medicare are much more diverse. Donald Trump opposes cuts to Medicare, and Marco Rubio would make no changes to Medicare for those who are in or near retirement currently. Ben Carson has said in the past that he would consider dismantling Medicare entirely and replace it with a private voucher system to obtain healthcare or private insurance coverage, and at the very least, he believes that judicious use of health savings accounts could help reduce the need for government assistance among the elderly. Ted Cruz has called for increases in Medicare's eligibility age in order to cut costs.

Several candidates support ideas that would emphasize the role that private insurers should play in covering retiree healthcare needs. Rubio and Jeb Bush would support a tax credit designed to allow Americans to buy healthcare coverage, and Bush thinks that increasing availability of health savings accounts could help make it easier for the elderly to plan for out-of-pocket healthcare expenses. Several others, including Rand Paul and Carly Fiorina, generally prefer nongovernmental solutions to healthcare issues without necessarily offering strong positions on how they would tackle the issue.

What to expect in 2016
With the presidency and Congress controlled by different parties, you shouldn't expect any legislative action to implement major changes to Medicare prior to the election. On the campaign trail, though, there'll be plenty of rhetoric concerning Medicare, and seniors will want to watch closely to make sure they understand the implications of any proposals that the candidates make on Medicare and other healthcare issues.