Please ensure Javascript is enabled for purposes of website accessibility
Log In Help Join The Motley Fool
Free Article Join Over 1 Million Premium Members And Get More In-Depth Stock Guidance and Research
By Todd Campbell - May 15, 2016 at 9:20AM

The percentage of seniors working at age 65 and beyond is higher than it's been in 50 years -- and that figure is unlikely to decline anytime soon. 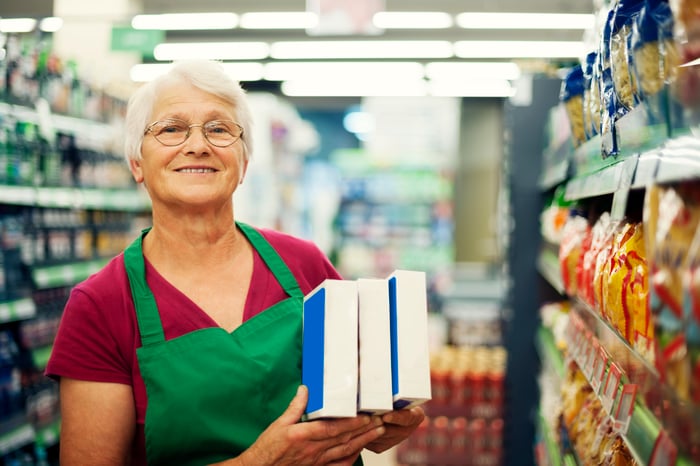 Increasingly, American seniors are putting off the golden years of retirement. Nearly 20% of Americans over 65 are punching a clock, rather than hitting the links -- the highest percentage since the 1960s. The reason for this trend is clear and worrisome: Too many Americans haven't saved enough money to retire comfortably.

Here's the data from the Bureau of Labor Statistics: The finding backs up survey results showing that more American workers are planning to continue working past the age we typically think of as "retirement age."

American companies have steadily been swapping out pensions for employee retirement savings accounts such as 401(k) plans, and unfortunately, many Americans are failing to contribute to these plans to the extent necessary to finance retirement.

According to TransAmerica, the average American's retirement savings total about $63,000, even though the average worker thinks they'll need to save $1 million by retirement. This tremendous gap in savings bodes poorly for future retirees. Given the reality of inadequate savings, it's no surprise that more workers are staying at their jobs. However, many seniors who plan to work later in life may face some harsh realities.

Less than half of workers surveyed by TransAmerica consider their employer be "aging friendly," and almost a quarter of workers say that their employers aren't aging friendly at all. Aside from the potential challenges of finding work later in life, many workers may overestimate their desire to keep working. In a Fidelity survey conducted last year, 64% of retirees said stress was a strong or somewhat strong factor in their decision to retire.

That could help explain why the Employee Benefit Research Institute has consistently found in its surveys that a significant number of people retire sooner than planned. Specifically, 46% of retirees have stopped working sooner than they had planned, and 55% said they did so because of a health problem or disability. Only a third of respondents to EBRI's study said they retired early because they could afford to.

The average American worker with an employer-sponsored retirement plan contributes roughly 8% of their income to it, and that might not be enough. Even increasing contributions by three or four percent could make a big difference over time.

If you want to avoid becoming part of this trend of delayed retirement, then you'll need take your financial destiny into your hands and save consistently and aggressively.