Low-cost retirement living isn't only found internationally. There are plenty of states in the U.S. where you can live out your golden years comfortably.

Not every state is going to appeal to all retirees. Some like solitude while others crave the city. Some people flock to the sun while others run to the mountains. There are enough retirement-friendly states to appease most retirees. Iowa, Vermont, and Virginia may not come to mind as top retirement destinations, but there are strong arguments for all three. 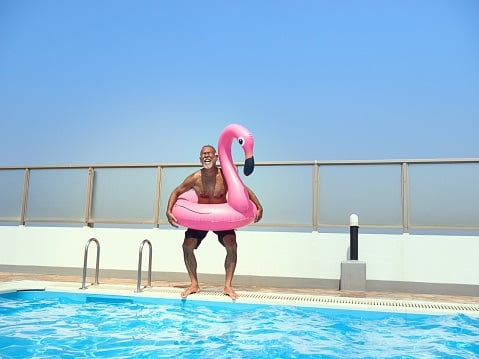 Forget Florida, retirees searching for affordable places to live need look no further than Iowa. Located in the Midwest, there's more to the Hawkeye State than corn and state fairs. Surrounded by six other states, Iowa boasts a population of 3.2 million people. Des Moines is the state's capital as well as its largest city.

This state may not give you access to exotic beaches or quiet mountains, but you do get everything from an outdoor playground to cultural attractions and dining -- all on the cheap. The state's cost of living is lower than the national average. The average price for a home in Iowa stands at around $153,000.  Retirees also get a bigger piece of their social security check since the income is not subject to taxes.

The weather may not be perfect year-round, knocking this off of the list for snowbirds, but you do get four seasons providing endless activities to keep you busy. The average temperature in the winter is 14 degrees Fahrenheit but in the summer you can enjoy average temperatures of no more than 85 degrees Fahrenheit. There's also a big population of retirees living in Iowa, providing many opportunities to remain social and active.

Retirees are drawn to this midwestern state because of the low rates of crime, unemployment, and poverty. With low unemployment, part-time jobs for retirees are easy to find. Plus, people from Iowa tend to live longer -- with an average life expectancy rate of 79.4.

Vermont, known as the Green Mountain State, isn't ideal if you hate cold, heaps of snow, and long winters. But if you are after the scenery and cultural options Vermont affords you, this state may be the ideal place to live out your retirement years.

Much smaller than Iowa with a population of 624,000, this quintessential New England state boasts the Green Mountains to the west and Lake Champlain to the north. Burlington is the largest city in the state, with about 42,900 residents.

People looking for a small-town feel or who want access to outdoor activities will do well in Vermont. Vermont isn't the cheapest state by a stretch, with the cost of living 16% higher than the national average. With winters dragging on for months, it does cost more to keep the home warm, which increases the cost of living. Retirees need to factor that into their budget when settling down in Vermont.

But what you give up in heating costs you get back in healthcare costs savings when retiring in Vermont. Not to mention there is low crime and a healthy population of people over the age of 60 who are living to an average of 79.9 years. Because of all of that, the Green Mountain State consistently appears on the list of top places to retire.

If you are after warm weather, oceans, and access to a major city, then Virginia should be on your list of retiree destinations to consider. It boasts a population of 8.5 million and has a cost of living that is slightly higher than the average states in the U.S.,  but it does have healthcare costs that are cheaper than most states.

A tax-friendly state, residents don't have to pay income taxes on their social security income and those over 65 get a $12,000 income tax deduction under certain tax brackets.

The tax breaks don't end there. On average, retirees in Virginia pay property tax rates that are less than 1% and a sales tax of 6% at most. Prescription drugs and over-the-counter medications aren't taxed at all. The low cost for healthcare may be the reason retirees live an average of 79.1 years in the state.

One of America's 13 original colonies, Virginia is steeped in history, which may be a big draw for retirees. The state is dotted with historic landmarks and museums that will keep you busy well into your retirement.

Deciding what's best for you

Iowa, Vermont, and Virginia all offer unique reasons to rank on your list of potential retirement destinations. Iowa is all about cost savings. Vermont will enable you to live your outdoorsy life. Living in Virginia gives a great way to access a warm climate and fewer taxes. These states give you a lot of positives to consider in deciding what's best for you.