You may not be as restricted by IRA contribution limits as you think. 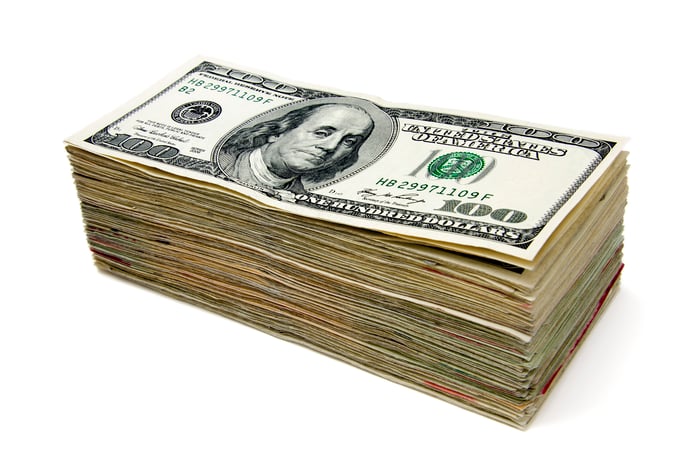 If you're tapping the power of an IRA to build wealth for your retirement, good for you! Be sure you know what the IRA contribution limits are from year to year, though, so that you can maximize your results. With a little cleverness, you may even be able to exceed the limits in some years.

Roth IRA contributions must be made with earned money. There's no minimum age for opening a Roth, but whoever funds one, whether child or adult, must do so with earned income. For kids, allowance or birthday money doesn't qualify, but cash earned through babysitting or odd jobs can. For adults, qualified earnings include wages, commissions, and even alimony payments, but not inheritances, pension or disability income, or Social Security benefits.

Money can grow powerfully in an IRA. Image source: TaxCredits.net.

Eligibility limits
Roth IRA limits for 2014 and beyond include income limits, too, as the ability to contribute to a Roth IRA is reduced or eliminated for high earners. Single filers with modified adjusted gross income (AGI) of less than $114,000, and married couples who file jointly and have AGIs of less than $181,000, are safe. For 2015, those numbers are $116,000 and $183,000, respectively.

With traditional IRAs, people earning any level of income can contribute to them, but there are income-based limits on how much one can deduct for contributions to a traditional IRA. Thus, the overall effect is similar to Roth IRA income limits, reducing the usefulness of these tax-advantaged retirement accounts for wealthier folks.

There are other ways to tweak how much you sock away, or where it sits and grows. For one thing, you can convert a traditional IRA to a Roth one, even if the traditional IRA has way more than $5,500 or $6,500 in assets. There's a catch, of course: Whatever you convert was never taxed, so you have to pay income tax on it for the year of conversion. That can be a deal breaker sometimes, so run the numbers first to see if it makes sense for you. You might even be able to convert your 401(k) to a Roth IRA. And a 401(k) account from a job you've left or are leaving can be rolled over into IRAs, too, though again, taxes are sometimes involved.

Regular 401(k) accounts work much like traditional IRAs, accepting pre-tax dollars and taxing withdrawals. Increasingly, though, many employers are offering Roth 401(k)s, which take post-tax dollars in exchange for tax-free withdrawals. Both kinds of plans typically feature a bunch of mutual funds from which you can choose. That's more restrictive than IRAs, which can be set up at your friendly local brokerage, permitting you to fill them with just about any stock and any of possibly hundreds of mutual funds. Still, index funds are usually among the options, and those can be enough for most of us.

If you're gazing at the 2015 IRA contribution limits and thinking that you can only sock away $5,500 this year in a tax-advantaged account, think again. With a little strategizing, you can make your retirement even sweeter.

Longtime Fool specialistSelena Maranjian, whom you can follow on Twitter, has no position in any stocks mentioned. The Motley Fool has no position in any of the stocks mentioned. Try any of our Foolish newsletter services free for 30 days. We Fools may not all hold the same opinions, but we all believe that considering a diverse range of insights makes us better investors. The Motley Fool has a disclosure policy.