Please ensure Javascript is enabled for purposes of website accessibility
Log In Help Join The Motley Fool
Free Article Join Over 1 Million Premium Members And Get More In-Depth Stock Guidance and Research
By Wendy Connick - Jul 5, 2017 at 9:26AM

Maxing out your IRA contributions is a great idea, but exceeding the limit could cost you a lot of money.

While only the most diligent savers are likely to max out 401(k) contributions, IRAs are another matter. The maximum allowable contribution for IRAs in 2017 is $5,500 (and you can contribute an extra $1,000 if you're 50 or older), which is manageable for many everyday savers. And exceeding this contribution limit has serious consequences. 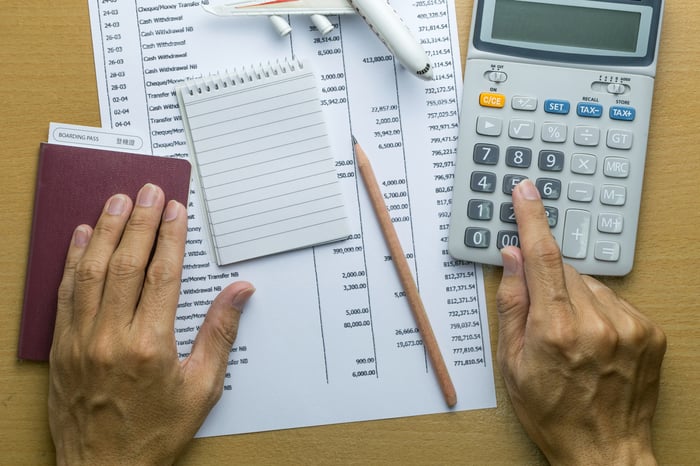 How excess contributions can happen

It may seem easy to avoid exceeding the contribution limits, but the rules are somewhat more complex than they appear at first glance. For example, if you have several IRAs and contribute to all of them, you could easily lose track of how much you've contributed total -- especially if you're using automatic savings plans. And many taxpayers don't realize that the $5,500 limit applies to contributions to both traditional and Roth IRAs combined. So if you contributed $4,000 to a traditional IRA and $3,000 to a Roth IRA, you'd be over the limit. Further, an incorrectly managed rollover to an IRA can qualify as a contribution and trigger the excess contribution rule.

The earlier you catch your mistake, the less you'll end up paying for it. If you can pull the extra money back out of your IRA before you file your tax return for the year, you won't owe the 6% extra tax for that year. If you don't catch the excess contribution until after you file your tax return for the year, you can remove the money and file an amended return by Oct. 15. However, you'll have to pay income taxes plus a 10% early withdrawal penalty (if you're under age 59-1/2) for taking money back out of a traditional IRA. Paying 10% to save yourself 6% sounds like a pretty lousy deal until you remember that the 6% penalty will happen every year, whereas the 10% penalty is a one time event. You pay any penalties due for the year by filling out Form 5329 and turning it in with the rest of your federal tax return.

An ounce of prevention

The best way to fix an excess contribution is to not let it happen in the first place. Set your automatic contributions so that you'll finish the year slightly below the contribution; you can always toss in enough extra savings to max out your IRA at the end of the year. And if you're rolling over a 401(k), be sure to get instructions from your IRA trustee and follow them to the letter. The penalties you'd face for dumping tens or even hundreds of thousands of dollars into an IRA if it didn't qualify as a rollover are too terrible to contemplate.