There are lots of signs that can help you plan for retirement, too. Here, for instance, are five signs that suggest you're ready to claim Social Security benefits. 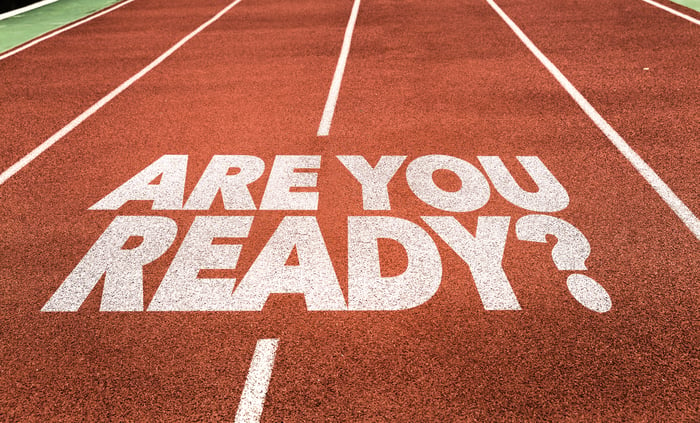 It's also best to have worked for at least 35 years before you start collecting Social Security benefits, because the formula that determines your benefits will average your earnings in the 35 years in which you earned the most (on an inflation-adjusted basis). So if you only work for 31 years, there will be four zeroes in that calculation, bringing down the size of your benefit check.

No. 3: You've checked your earnings record

Be sure you're not expecting vast sums from the program, too, because Social Security benefits are not designed to replace most of your preretirement income. The average monthly Social Security retirement benefit was recently $1,519, or about $18,000 per year.

No. 4: You've determined the best claiming age for yourself

Another sign that you're ready to start collecting your Social Security benefits is that you've done the work of figuring out when it's best to start collecting benefits. You need to know how much you can expect to collect each year, and how much total income you expect to need each year in retirement. If, for example, you think you'll need $50,000 per year and you expect to collect $25,000 from Social Security, you need to have saved and invested enough to be able to make up that shortfall, perhaps via dividends, annuities, bonds, CDs, or some combination of various investments.

No. 5: You've strategized with your spouse

Finally, if you're married, don't start collecting your Social Security benefits until you've got a coordinated strategy -- because married folks have lots of those to consider. You might both start collecting at the same time, at a different age for each of you, or you might both wait until you each reach a certain age, or you might be extra strategic about it -- such as having the higher earner delay starting to collect as long as possible to make that benefit as large as possible. That way, when one spouse passes away, whoever survives will be able to collect that larger benefit as their own.

The question of when to retire and when to start that stream of Social Security benefit checks is a very important one, so approach it thoughtfully and carefully. Perhaps even consult a financial advisor, too. You can look up fee-only ones near you at NAPFA.org.