No one wants to enter bankruptcy, but sometimes it's unavoidable. Many imagine that only those who are irresponsible with their finances end up there, but these days, a leading cause of bankruptcy is medical debt. Hundreds of thousands of people file for bankruptcy each year. If you're thinking about doing so yourself, here's a look at what will happen to your bank accounts, retirement accounts such as your Roth IRA, and other finances. Knowing what to expect can help you avoid some costly mistakes.

Being bankrupt essentially means you're unable to repay your debts. People in financial dire straits can file for bankruptcy via the Chapter 7 or Chapter 13 process. The numbers refer to chapters of the U.S. Bankruptcy Code. Here's how the two forms differ:

Here's a quick look at the advantages and disadvantages of each of the two approaches:

Now let's take a closer look at just what happens to your various assets, such as retirement accounts, when you file for bankruptcy.

Bank accounts in bankruptcy: What to expect

As you might suspect, it's not likely that you will be able to keep all the money in your various bank accounts if you file for Chapter 7 bankruptcy. They won't necessarily be completely wiped out, though, and you'll likely still keep the accounts. A Chapter 13 bankruptcy will likely leave many or all of your accounts intact, as its purpose is not liquidation but repayment.

The Chapter 7 bankruptcy process usually involves your losing most or all of the cash in your bank accounts -- except for some funds that meet various exemption criteria. These criteria vary by state and often include, as examples, cash for alimony payments, cash from retirement accounts or pensions, disability payments, a portion of your wages, and so on.

Many banks have "set-off" rights, meaning that if you file for Chapter 7 bankruptcy when you're behind in repayments on a loan to them, they can cover all or some of that amount with funds from your accounts. Some will regard your filing for bankruptcy as defaulting on a loan. Also, some banks may simply freeze your accounts upon hearing of a bankruptcy filing. 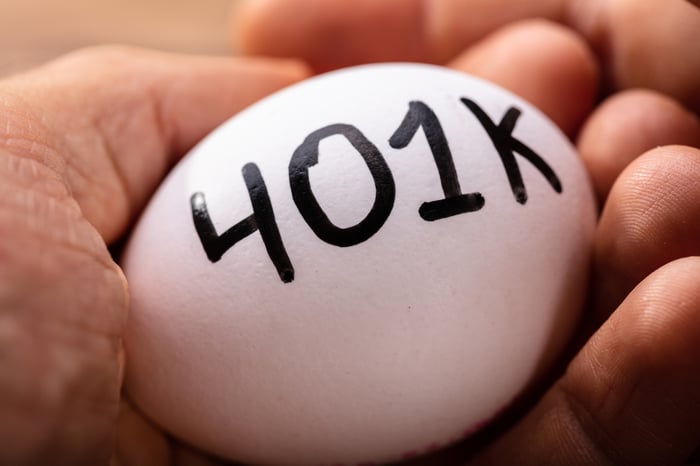 401(k) accounts in bankruptcy: What to expect

Here's some good news: Most retirement-account funds remain safe and in place throughout a bankruptcy. That includes 401(k) accounts that you may hold with your current and/or former employer(s).

Traditional and Roth IRAs in bankruptcy: what to expect

Your IRAs, whether they're traditional or Roth, get a bit of a different treatment in a bankruptcy than most 401(k)s. Like 401(k) accounts that are not ERISA qualified, they're vulnerable in a bankruptcy -- though they have somewhat generous exemptions. Until the exemption amount changes in 2022, it's currently $1,362,800 per person. That's quite a hefty sum to have in your IRA. It would be a shame to lose any amount beyond that, but if you end up with just $1,362,800, that can take you far in retirement.

Remember, too, that with a Chapter 13 bankruptcy, no one will be liquidating your assets, so that protects IRAs further.

Also, any funds you withdraw from a retirement account won't be as protected as funds within it. That money can be fair game in a Chapter 7 bankruptcy.

Social Security income in bankruptcy: What to expect

So if there's any chance of a bankruptcy in your near future, be sure to keep your Social Security benefits in a separate account. Doing so will make it easy for any examiner to see that the money came from Social Security, typically through direct deposits. 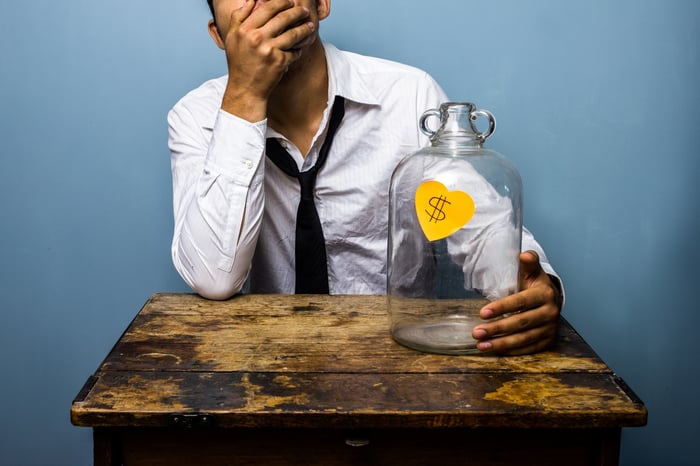 Annuity income in bankruptcy: What to expect

Annuities are contracts whereby you pay an entity (generally an insurer) a set amount in exchange for receiving a lump sum or, more typically, monthly payments for a certain period or for the rest of your life, beginning immediately or at a prescribed time.

While it's rather straightforward whether your 401(k) or IRA or Social Security money is safe in a Chapter 7 bankruptcy, the status of annuity income is far murkier. Each state has different rules regarding bankruptcy, with some exempting annuity income fully or partially and others not exempting it at all. One or more conditions of an annuity's contract (such as the amount of the regular payment or perhaps the frequency of payments) are often deciding factors. In addition, the age of an annuity can make a difference, too, with ones purchased more recently being less protected in a bankruptcy. (You don't want to look like you just plowed a lot of money into an annuity within the last few months or a year in order to protect it from creditors.) So much will depend on your state's rules.

Here are some rays of hope: If your annuity was funded with money from an IRA or another qualifying account, you should be able to exempt up to $1,362,800 of its value (with that sum being updated in 2022). You may also be able to exempt your annuity if it meets the criteria for IRS-qualified retirement accounts or if it meets some other standards, such as being tied to conditions of illness, disability, or length of service, among other things. Given the relative complexity regarding annuities and their status in bankruptcies, you might want to consult a bankruptcy lawyer if you have some annuity income you'd like to protect.

Student loans in bankruptcy: What to expect

This article is focused mainly on retirement accounts, but as so many Americans are saddled with cumbersome student-loan debt, you might reasonably be wondering what happens to that in a bankruptcy. With a Chapter 13 bankruptcy, you may be able to have your student-loan debt restructured (perhaps, say, with lower required payments), but student loans are generally not dischargeable via a Chapter 7 bankruptcy.

Despite that, you may be able to get them discharged anyway if you (a) do file for bankruptcy and (b) can demonstrate that paying them off would be a major hardship and perhaps even impossible.

Credit reports and credit scores in bankruptcy: What to expect

The possible liquidation of financial accounts aside, there's another critical consequence of bankruptcy: damage to your credit history and credit score. Those of us who have ever used credit, via a car loan, credit card, mortgage, or even a snow blower bought on layaway, have a credit record maintained by several credit agencies. They keep track of how much we've borrowed, how much we owe, and how well we've paid back our debts -- partially or in full, on time or late, and so on. This data is used to create a credit score that lenders (and others) use to determine whether they want to do business with us and on what terms. Often, that means that the best interest rates go to those with high credit scores, as such scores are associated with people who aren't deep in debt and who have managed their debts well, paying bills on time.

As you might imagine, having a bankruptcy on your record can damage your credit score and leave you looking like a bad bet to those who check it. Debts you had might be recorded on your credit report as discharged via a bankruptcy, and just the word "bankruptcy" will raise some eyebrows.

A Chapter 7 bankruptcy can stay on your record for up to 10 years from the time you file bankruptcy, while a Chapter 13 one typically remains for up to 7 years (and sometimes longer). The news isn't all bad, though. Throughout that period, you can gradually improve your credit score by repeatedly paying bills on time and by not letting your debt get out of control again. Keeping it in check means keeping your "credit utilization" -- the amount you owe relative to the amount you're allowed to borrow (via credit limits, etc.) -- at a reasonable level. A credit utilization ratio below 30% is ideal.

Avoiding bankruptcy is your best option

If it wasn't obvious before, it should be obvious now: It's best for most of us to avoid bankruptcy if at all possible. Remember that you probably do have other options.

The big goal is to pay off your debt. Yes, that's much easier said than done, but even if your total debt is well into the six digits, you may be able to pay it off on your own without bankruptcy -- others have done so. It can take a few years, but with a strategy and discipline, you can get out of debt.

Here are some cash-generating, debt-reducing strategies to consider or try before heading to bankruptcy:

As you decide whether or not to file for Chapter 7 or Chapter 13, it can be smart to consult a professional or two first, such as a personal bankruptcy lawyer (or a business bankruptcy one if you run a small business that's intertwined with your personal finances).

Bankruptcy is a big deal that can affect your personal and financial lives for some time. So only approach it with your eyes open and with a lot of information under your belt.