The 2003 Tax Act provided almost everybody a chance for tax savings. Individuals certainly received some of the greatest tax benefits. But there were also many tax breaks for businesses. And there are some even more interesting opportunities for owners of closely held corporations and even "S" type corporations. 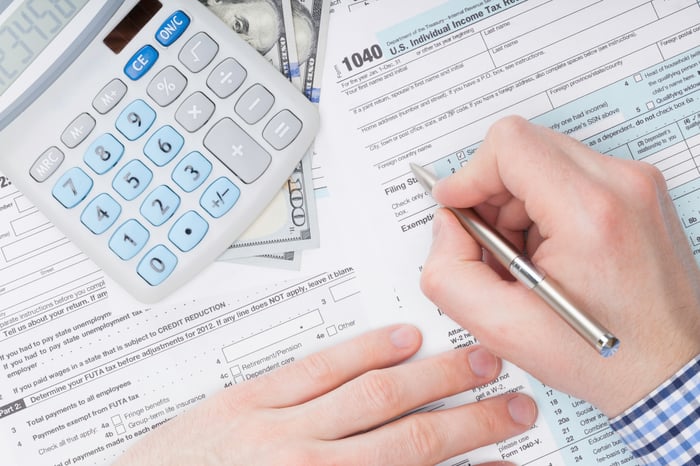 So instead, Mr. Big would take a year-end bonus of $50,000. Since wages paid by a corporation (unlike dividends paid) are deductible by the corporation, taking this salary would knock his corporation profit down to zero, and he'd simply pay the $20,750 ($19,300 in federal taxes and another $1,450 in employer/employee Medicare taxes) and go on his way. Anybody can see that paying $20,750 is much better than paying $26,800.

The dawning of a new day
But the tax act did two very important things to change the thinking of Mr. Big. First, his personal tax rate was reduced from 38.6% to 35%. That certainly helps. But the biggest change is the reduction of the taxes paid on dividends. Under the old rules, dividends were simply treated as ordinary income, taxed at the taxpayer's highest marginal tax rate. No longer. Now those same dividends are taxed at a maximum rate of 15%. That makes all of the difference in the world when Mr. Big (or, more likely, his tax pro) does his year-end corporation tax planning.

Warnings!
Obviously, the impact of state taxes can't be ignored in this type of planning, especially if you live in a high-tax state. But even more important is the fact that the IRS is also wise to this game. In years past, under the old laws, the IRS would routinely take corporation shareholders to court, claiming that they were receiving "excess compensation" from their corporations. The IRS wanted to reclassify some of those wages as dividends, thereby generating substantial tax dollars.

Now, if the IRS sees a corporation that has never paid dividends in the past but is now paying out substantial amounts of dividends, some questions might be asked. And that might raise the question of excess compensation in prior years. So this strategy isn't entirely without risk. But if the payment of dividends is done with some thought and planning, the shareholder should be able to fend off any attacks from the IRS.

If that's the case, there is nothing under the new law that disallows paying qualified dividends from those accumulated earnings and profits. And those qualifying dividends will be subject to the lower tax rates. To make things even sweeter, if some of the shareholders of the S corporation are in lower tax brackets, the dividends might be taxed at a rate much lower than 15%, perhaps down to 5% or even zero.

The brass tax
As you can see, there are a number of planning opportunities for corporation owners when dealing with the new tax on dividends. If you're one of those corporation owners, run the numbers for yourself to see if the payment of dividends is in your best interest. And if you have other friends or family in this situation, make sure that they're aware of the new rules and new opportunities. Sadly, too many tax pros haven't brought themselves up to speed on the new laws, and these opportunities might not be brought to the attention of the corporation shareholder. So you can be a hero if you advise the Mr. Big in your family of new opportunities to save substantial tax dollars.

Roy Lewis lives in a trailer down by the river and is a motivational speaker when not dealing with tax issues, and he understands that The Motley Fool is all about investors writing for investors. You can take a look at the stocks he owns as long as you promise not to ask him which stock to buy. He'll be glad to help you compute your gain or loss when you finally sell a stock, though.

Dividends vs. Salary for Businesses @themotleyfool #stocks Next Article
Current