Getting a bonus is just about the best news you can get at work. Traditionally, bonuses represented a relatively small part of employees' pay, but recently, the trend has been toward bonuses making up a larger portion of the overall compensation pie.

For instance, about 11,500 employees at the Tennessee Valley Authority will receive bonuses of $11,400 each at year end, while on Wall Street, financial pros are hoping for an improvement over the average $164,000 bonus in 2013.

Even if your bonus doesn't rise to the size of the Wall Street elite, it can still raise some tax issues that you need to address. To make sure the IRS gets as little of your bonus as possible, here are four things you need to do in order to evaluate the tax implications of your bonus and act to protect as much as you can from taxation.

1. Figure out how much of your bonus you'll get to keep

The first thing to remember about bonuses is that they're a form of taxable income, which means that your employer will need to withhold income taxes from them. Some employers withhold federal income taxes from your bonus using a flat tax rate on supplemental wages, which in most cases is 25% of your bonus amount. In other cases, your employer will simply add your bonus to your regular pay and then calculate the appropriate withholding on the total, which often will result in a greater amount withheld.

In addition to federal income taxes, you'll also pay Social Security and Medicare withholding taxes, as well as any state income tax liability that applies where you live. At the end of the day, some unlucky workers will have $400 or more taken out in taxes for every $1,000 of their bonus amount. So before you go out and spend the entire bonus on something you've always wanted, make sure you take the IRS cut into consideration -- or else your bonus will turn into a budget-busting blunder.

If you don't want to pay extra taxes on your bonus, one option you might have is to have your bonus deposited into your 401(k) or other employer-sponsored retirement plan. With annual limits of $17,500 for those under 50 or $23,000 for those 50 or older for 2014, most participants don't come close to maxing out their eligibility, and contributing bonus money makes it eligible for the usual tax exclusion for 401(k) contributions. Even if you've made the most of your 401(k) for 2014, you might also be able to use an IRA to reduce your taxable income and offset the impact of the bonus.

3. Use bonus money for other deductible expenses

Many taxpayers make year-end charitable deductions because that's when they have money available. Using a bonus for these deductions is smart because it gives you a charitable deduction to use to offset the taxable income from the bonus money. Remember, though, that you'll only get the tax benefit of charitable giving if you itemize your deductions; those who take the standard deduction won't generally see any financial impact on their taxes. 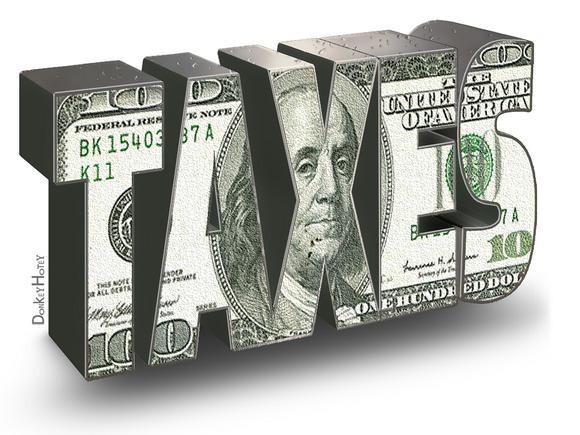 Similarly, using bonus money to make early mortgage or property tax payments can boost your deductible expenses as well under certain circumstances. It's important to look at your specific tax picture to make sure that any available tax breaks will do as much good as you hope, but often, deductible expenses as well as things like the energy efficient home improvement credit can give you an extra benefit from money you'd eventually want or need to spend already.

4. See if you can adjust the timing of your bonus to your advantage

Most workers don't have any choice in when they receive their bonus, as the employer has a tax stake in the timing as well. For employees, the best time to get a bonus is in early January, when it won't be taxed until the following year but will give them the money right away. By contrast, employers whose tax years follow the calendar year like to pay bonuses in December in order to get taxable compensation deductions on their business returns earlier rather than later.

If you do have any say in when you'll get your bonus, though, strongly consider the benefits of putting it off until January. If your salary continually rises at a regular pace, then moving bonus money from one year to another likely won't make a huge difference. But if you expect a lower salary next year, moving your bonus into 2015 could save you in taxes.

Getting extra money from your employer is a great year-end gift. Just make sure you take the necessary steps to keep as much of it as possible out of the hands of the IRS.

It's Bonus Time: 4 Things You Must Do Before December 31 @themotleyfool #stocks Next Article
Current