Even if you pay your nanny in cash, you're still required to report those payments if they exceed a certain threshold. Here's what you need to know about nanny taxes.

All parents know that kids are expensive, but many are shocked to learn how much they'll need to spend in order to secure child care so that they can work. And while using a day care center is often more economical than hiring a nanny, this option doesn't work for everyone. The average family that pays a nanny for 52 weeks of service a year will spend a total of $28,900 -- ouch. Even if you don't end up spending nearly that much, you should know that if you hire a nanny, you may need to withhold and pay taxes on his or her wages. This is known as the nanny tax.

Anyone who pays a nanny $2,000 or more in wages during a single calendar year is responsible for paying nanny taxes to the IRS. These taxes are calculated as a percentage of your nanny's income, and if you don't comply with the rules, you could face some serious consequences. 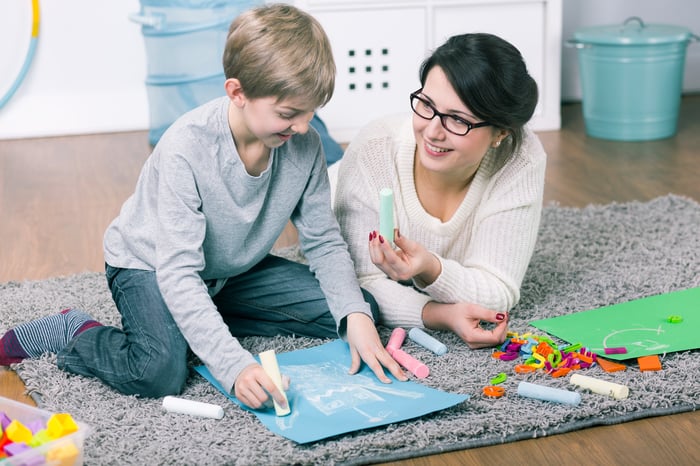 What are nanny taxes?

If you pay your nanny $2,000 or more per year, that nanny is considered your employee, and thus, you're responsible for paying the IRS taxes quarterly. Now keep in mind that you're not required to pay taxes if your nanny is your spouse, child under age 21, or parent -- even if you pay one of these people to watch your children. Furthermore, if you hire someone under the age of 18 to watch your kids, that won't trigger the nanny tax either. But if your nanny falls outside these categories, you're required to withhold and pay Social Security and Medicare taxes that equal 15.3% of his or her wages. (Note that your employee's share is 7.65%, and your share is also 7.65%. You can pay your nanny's share yourself and not withhold it if you so choose.)

Additionally, if you pay your nanny $1,000 or more in any calendar quarter, you're also required to pay federal unemployment tax equal to 6% of your nanny's wages. You also may also be liable for state unemployment taxes depending on where you live. Wages over $7,000 a year per employee, however, aren't subject to unemployment taxes.

Now if you pay your nanny less than $2,000 in cash wages, the nanny tax won't apply to you or your employee. Furthermore, you're not required to include the value of lodging, food, or any such accommodations you provide your nanny when calculating his or her cash wages. In other words, if give your nanny food as part of your working arrangement, and that food typically costs $1,000 a year, you don't need to count that $1,000 as actual wages.

What if I don't pay a nanny tax?

You may have heard about politicians getting caught paying their nannies under the table, but you don't need to be a public figure to get in trouble for nanny tax evasion. While the IRS won't necessarily audit your finances year after year to see if you're paying a nanny, getting caught is easier than you'd think.

Let's say you let go of the nanny you employed for years once your children are older and in school. Your nanny might try filing for unemployment benefits, at which point your name will be listed as his or her former employer. If a government agency investigates and discovers you haven't been paying taxes, you could wind up in hot water.

What are the consequences for not paying nanny taxes? You could face back taxes (along with penalties and interest on what you owe) and tax evasion charges, among other things. In other words, the IRS doesn't take these matters lightly, so if you're required to pay nanny taxes, just do it. It will involve a little extra effort, not to mention money, but it's a better idea than skirting the law and dealing with what could be far worse repercussions.