Want to save money the easy way? Check your tax return to be sure you're not making one of these errors.

Paying taxes is an inevitable part of life, but there's no reason you should pay more taxes than the government requires. Still, the most common tax return preparation errors end up costing taxpayers extra money -- in fact, some of these errors can be very expensive indeed.

Getting your name wrong

Is it really possible to get your own name wrong on your tax return? According to the IRS, it happens all the time. Maybe it's the result of having spent hours crunching numbers and trying to make sense of tax forms, but the IRS says that wrong or misspelled names are among the most common errors on tax returns. In the best-case scenario, this can cause processing delays; in the worst case, the IRS may believe you're a victim of identity theft, which can result in serious paperwork hassles to get things straightened out. Keep in mind that if you got married or divorced this year but haven't reported a name change to the Social Security Administration, you'll need to use your old name on your tax returns for the year. 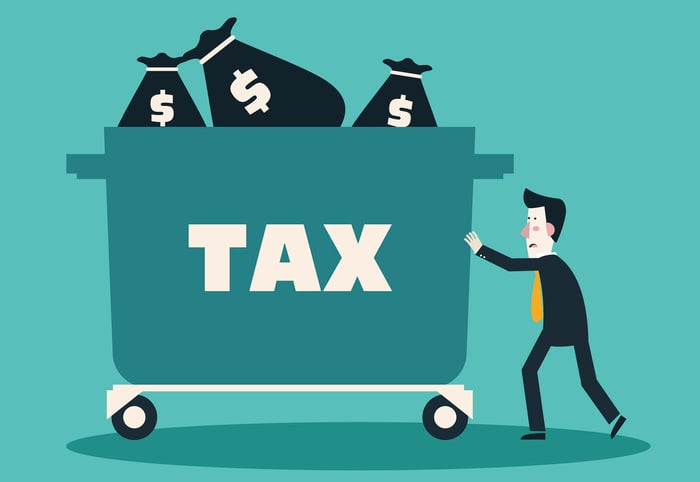 Getting your Social Security number wrong

Maybe you just remembered it wrong, or maybe you managed to jumble the digits. Whatever the cause, an incorrect Social Security number is the No. 1 error to show up on the IRS' common tax mistakes list. This mistake can create significant delays in processing your tax return because it's a red flag that you may be a victim of identity theft, and therefore the IRS is particularly careful to check such returns for other signs of fraud. If you're due a refund, you may end up waiting quite a while for the money.

Overall, only about one-third of U.S. households choose to itemize their deductions, while the remainder choose the standard deduction. However, if you haven't even crunched the numbers to see whether itemizing is a good idea, you could be leaving a lot of money on the table. Typically, the higher your income, the more sense it makes to itemize, and the more money you will likely save by doing so. If you pay mortgage interest, make large charitable contributions, or have a lot of medical expenses, then itemizing would likely save you a significant amount of money.

The filing status you select has a huge impact on the rest of the tax return calculations. Sometimes choosing the wrong filing status is just a matter of checking the wrong box; in other cases, taxpayers simply don't realize that they have the option to select a better filing status. For example, a single parent with a young child is probably eligible for head-of-household status, which has a significantly larger standard deduction than the single filing status. And married couples are almost always better off filing jointly, rather than separately.

Not claiming all of your credits and deductions

Granted, there are a lot of credits and deductions out there, some of which have extremely complicated rules and requirements. However, if wading through the list and claiming everything you're eligible for saves you a few thousand dollars in taxes, isn't it worth the work? Tax credits are particularly valuable because they reduce your tax bill dollar for dollar. Deductions simply reduce your taxable income, which isn't as good of a deal as a credit, but could still save you a lot of money.

According to a GOBankingRates survey, around 37% of taxpayers either hire an accountant or use a company such as H&R Block to prepare and file their tax returns. That means the majority of taxpayers are preparing their own tax returns or having a friend or family member do it, often with the help of tax software. If your tax return is fairly simple, this is indeed the best option. However, the more complicated your taxes are, the more likely you are to make an error or miss a tax break.

On the other hand, an under-qualified tax-preparer could easily make the same kinds of mistakes (and charge you a fee on top of that). So if you have a simple tax situation, don't waste money hiring a tax preparer, but if you have a complicated tax situation, hire an Enrolled Agent or CPA to prepare the return for you. The fees may be higher, but a qualified preparer is likely to save you more than enough on your tax bill to cover the costs.