If you earn a moderate income or higher, the alternative minimum tax could increase your tax bill.

The alternative minimum tax, or AMT, is a supplemental income tax in the United States designed to make sure that the wealthy pay their fair share of federal income taxes. The AMT allows fewer exemptions and deductions than the standard tax system, and certain taxpayers must calculate their taxes both ways and pay the higher amount.

In a nutshell, the alternative minimum tax was implemented by Congress in 1969 after noticing that many high-income households were using so many deductions and other tax loopholes that they were paying no federal income tax whatsoever. The AMT was designed to make the tax system fairer, by ensuring that no matter how many deductions a wealthy household could claim, they would still be required to pay their fair share of federal income taxes. 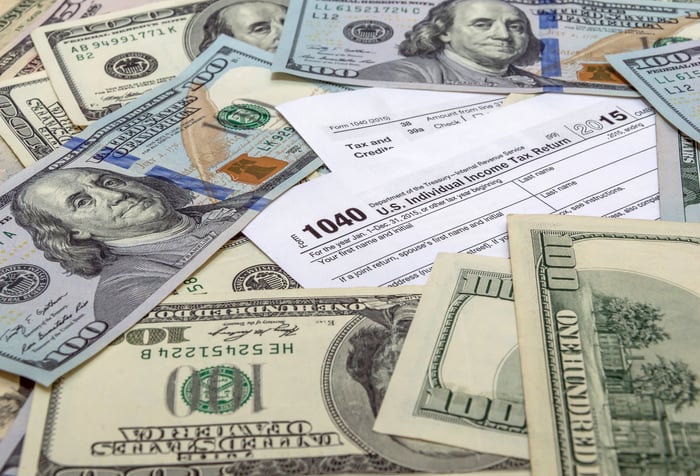 Part one of the form looks rather complex, but the idea is that you start with your adjusted gross income (AGI) after itemized deductions from your 1040, and then add back in a bunch of deductions and tax breaks that are not allowed for AMT purposes.

Just to name a few common examples, here are some of the deductions you would need to add back into your taxable income when calculating your AMT:

There are many other possibilities of deductions and other tax breaks you may need to add in. The point is that many of your deductible items are added back to your income, so your alternative minimum taxable income will generally be higher than your taxable income as calculated by the standard method.

It's important to mention that there are two major exceptions. You are still allowed to use the deductions for mortgage interest (but not on home equity loans), as well as charitable contributions, when calculating your AMT. Also, things that lower your adjusted gross income, such as IRA contributions, are not affected by the AMT calculation.

Once you've calculated your alternative minimum taxable income, you get to subtract a single exemption amount, which depends on your filing status. For the 2016 and 2017 tax years, here are the AMT exemptions:

These exemptions begin to phase out above certain income levels. Specifically, if your alternative minimum taxable income (AMTI) is above a certain threshold, you lose $0.25 of your exemption for every dollar your AMTI exceeds that threshold.

An example of calculating AMT

This may seem rather complicated, especially if you've never had to calculate your alternative minimum tax before. So, let's take a look at an example to illustrate this.

Suppose that you're a single taxpayer and that your adjusted gross income after deductions for 2016 was $100,000 on your W-2. To calculate your alternative minimum taxable income, you add back in the following: