Please ensure Javascript is enabled for purposes of website accessibility
Log In Help Join The Motley Fool
Free Article Join Over 1 Million Premium Members And Get More In-Depth Stock Guidance and Research
By Wendy Connick - Dec 7, 2017 at 9:49AM

Want to know what your tax bill could be, depending on which Tax Act passes? Find out here.

Tax brackets determine how your income is taxed at various rates. The House and Senate versions of the Tax Cuts and Jobs Act each proposed different sets of income tax brackets, both of which vary significantly from the current setup. Here's how those different tax bracket options could play out if one of the two bills becomes law.

Despite the uncertainties about tax reform, the IRS released its numbers for the 2018 tax brackets as they stand under the current tax code. If tax reform doesn't happen in time for 2018, you'll use whichever of the below tax brackets applies for your filing status for the year:

All of these tax bracket systems are marginal, meaning that you don't pay one particular tax rate on all your income; instead, you pay a different rate for each part of your income that falls into a particular bracket. The existing tax code and the Senate Tax Act both have seven different tax brackets; the House Tax Act has only four tax brackets. The tax rates and income ranges for the different types of brackets all vary quite a bit. 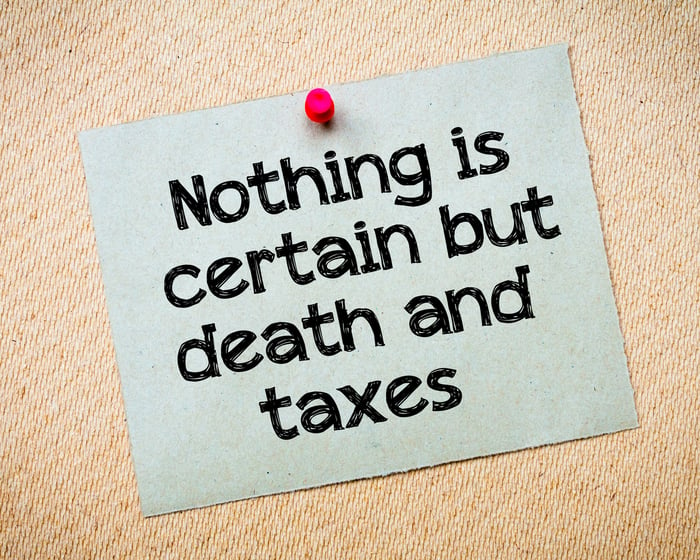 How tax brackets work: An example

With Senate passage of the bill last weekend, the next step is to reconcile the House and Senate versions of the bill. Only after this is done can the final version pass through Congress and go to the president for his approval. The changes to the tax code won't take effect for the 2017 tax year; when you do your taxes for 2017 in early 2018, you'll use the current system of tax brackets. Then, in the following year, any changes to the tax bracket system will likely take effect. You can check the IRS website at that point to confirm which tax brackets to use; you definitely don't want to use the wrong ones when you do your tax return!