Pressure led to an increase in a key tax credit. Find out more about it here.

Lawmakers finally appear to have agreed to a tax reform package that they believe will get through both the House and the Senate in the coming week. Yet even up until the final hours before Republicans released their agreement, there was considerable uncertainty about whether proponents of the measure would be able to gather enough key votes to give it a solid chance of passage.

One senator who held out until the last minute was Sen. Marco Rubio (R-Fla.), who made it clear that he wouldn't support the tax reform compromise unless it made further concessions on one key tax break for families. By threatening to pull support for tax reform, Rubio successfully won a bigger child tax credit that includes more money for low-income families. 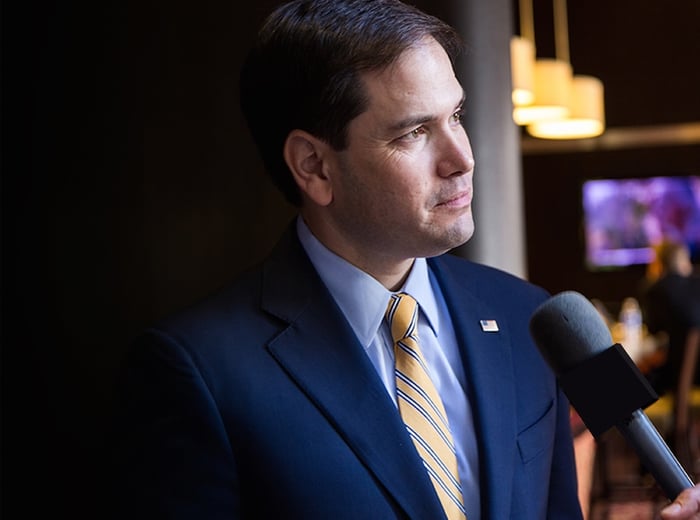 Lawmakers went into their conference with two different ideas about what the child tax credit would look like. Under the original House proposal, the current child tax credit of $1,000 would have increased to $1,600, with higher income limits at which the credit would begin to phase out. The Senate version had a more generous $2,000 credit per child, with even higher phase-outs that would preserve the credit for even more taxpayers.

What Rubio disagreed with -- and why

It was the issue of the refundable portion of the credit with which Rubio took issue. Rubio's argument was that many low- and middle-income taxpayers pay very little in income tax, funding the federal government mostly through payroll taxes for Social Security and Medicare. Rubio wanted the entire amount of the expanded $2,000 tax credit made refundable so that those taxpayers could get the full benefit of the credit.

Rubio went so far as to threaten to vote against the measure if his needs weren't meant. After all the other changes that House and Senate members had agreed to in reconciling the House and Senate versions of the proposal, Rubio said that he couldn't "in good conscience support it unless we are able to increase the refundable portion of it."

What the final bill does for the child tax credit

In the end, Rubio got a portion of what he was looking for. The final reform bill preserves the Senate's $2,000 child tax credit, and it increased the portion of the credit that's refundable by $300 to $1,400 per child. That was enough to spur Rubio to support the bill as amended.

The increase in the child tax credit will be an important part of what produces tax savings for families. Under other provisions of the bill, the standard deduction will rise, but personal exemptions will disappear. That put larger families at a relative disadvantage, as the total amount of standard deduction and personal exemption-related reductions will be smaller under the new measure than it is under current law. Only by raising the child tax credit will families be able to recoup the value of their lost personal exemptions and end up ahead.

Power with a slim majority

Rubio's experience shows the leverage that individual lawmakers have in a nearly evenly divided Senate. All it takes is a pair of holdouts to bring legislation to the brink of failure, and that opens the door for those who are willing to take a stand in exchange for concessions. Those who will benefit directly from a larger refundable child tax credit will praise Rubio's actions, but it will be interesting to see which other lawmakers might take similar stands on this or future legislation and what results from their actions.