Before you start preparing your tax return for the year, it's a good idea to decide which filing status you'll be using. There are five different options to choose from, and picking the right one may save you thousands of dollars on your final tax bill. Here are your options and the basic qualifications to claim each tax filing status.

If your spouse died during the tax year, you can still file your return using the married filing jointly status. In subsequent years, you may be able to file your taxes as a qualified widow(er) (see below for more on the benefits of this filing status).

When you file a joint return, you and your spouse both include all your income and deductible expenses on a single tax return. You can file jointly even if one of you had no income and no expenses. Joint returns get a double standard deduction compared to single filers, so for joint filers it often makes more sense to claim the standard deduction rather than itemizing your deductions. 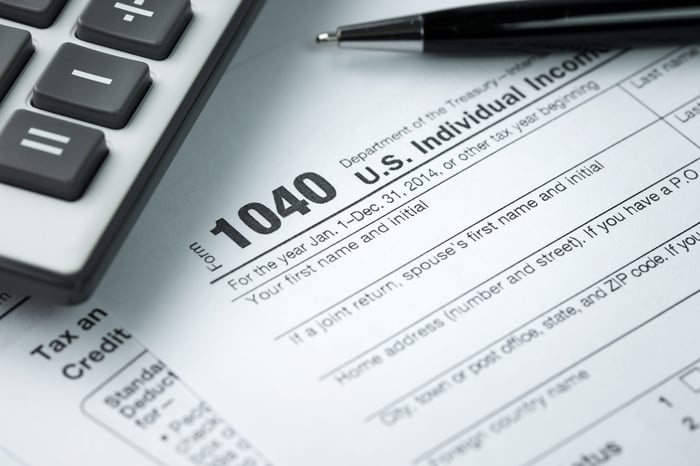 Most married taxpayers find that filing jointly results in a lower tax bill. However, in certain cases, filing separately may actually get you a better deal from the IRS. There may also be circumstances that make it impossible to file jointly even if you're married. For example, if you and your spouse are separated and your spouse refuses to do a joint return with you, you'll need to file separately.

The married filing separately status has some special rules that reduce many of the deductions and credits you could otherwise claim. For example, you won't be able to claim the Earned Income Credit if you use this filing status, even if you otherwise qualify for the credit. Also, if your spouse itemizes deductions on his return, you'll be required to itemize as well (whether or not you have enough itemized deductions to exceed the standard deduction).

To claim this filing status, you need to meet all the following requirements:

The head of household filing status is intended for single taxpayers with one or more dependents. To be specific, you can use this filing status if you meet all the following requirements:

The "qualifying person" has to be a relative, which by IRS standards means they must be your parent, grandparent, descendant, sibling, or descendant of a sibling (i.e. your nephew). You also have to be eligible to claim that person's exemption on your tax return.

Other than not being married, there are no requirements to claim the single filing status. Single filers get the smallest standard deduction and lowest income thresholds for their tax brackets; however, at least they're not subject to the special limitations that affect married filing separately taxpayers.

Most taxpayers who qualify for married filing jointly, head of household, or qualifying widow(er) filing status will want to choose that option. These three filing statuses come with perks that can substantially reduce your tax bill. However, if you're limited to the married filing separately or single filing status, don't despair -- there are still plenty of nice tax breaks for you to claim.