Some critics of the new tax law argue that the wealthiest Americans got the lion's share of the tax reduction. With a new rate of 37%, the top tax bracket did shrink from the 39.6% rate from 2017. Yet as you can see below, a 37% top individual tax rate isn't the lowest that the rich have seen historically, with lower rates prevailing throughout a considerable part of the past 30 years. 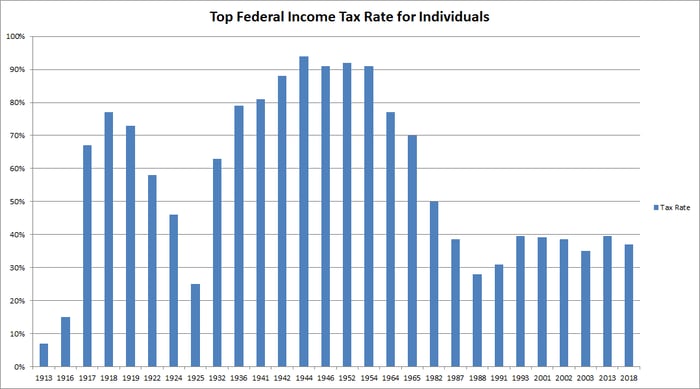 Nevertheless, the wealthy have it good compared to the tax rates that existed during much of the middle part of the 20th century. With World War II-inspired taxes that created brackets taxing more than 90% of income, the rich have successfully fought for an easier tax burden over the generations. Tax brackets are only part of the story, as how much the rich pay in tax also depends on what deductions and other tax breaks they're allowed to take.