Millions of taxpayers expect that they'll pay less in tax under new the reform provisions to the IRS in 2018. In a few lucky areas, taxpayers will also get some relief at the state and local level.

Most states and municipalities are going through hard times financially, making it difficult to justify declines in taxes. Yet you'll still see a small number of jurisdictions that found ways to keep their state and local income taxes moving lower. Here's a short summary of the places where taxes dropped effective Jan. 1.

Mississippi already has relatively low income tax rates, but taxpayers still got a small break at the beginning of 2018. Under a law passed in 2016, a five-year series of small annual tax cuts started to take effect on Jan. 1, and taxpayers can expect similar savings in future years through 2022. 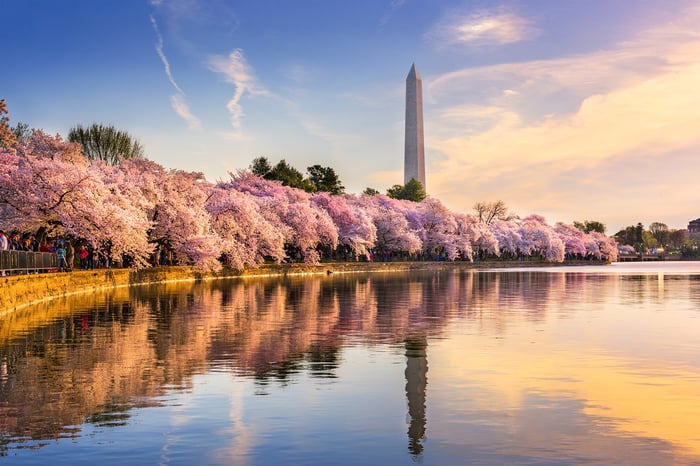 The District of Columbia isn't the first place that anyone would think of as a tax haven, but bipartisan tax reform back in 2014 successfully led to a steady decrease in taxation for residents of the nation's capital. Over time, new tax brackets with lower tax rates have come into effect, and the multiyear implementation of the district's tax reform measures have also included further ongoing tax cuts.

Similarly, standard deductions were expected to rise from $5,650 for singles, $7,800 for heads of household, and $10,275 for joint filers to conform to federal guidelines, which would have been $6,500 for singles, $9,550, and $13,000 respectively. That's still likely to be the case, although the D.C. Office of Tax and Revenue hasn't yet weighed in with an official notice to that effect.

Tennessee residents are fortunate enough not to have to pay state income tax on their earnings from work. Only a tax on dividend and interest income from investments applies within the state, and lawmakers have been looking to get rid of that tax as well.

Beginning in 2017, the Tennessee tax on interest and dividends, also known as the Hall Income Tax, is gradually phasing out. The initial rate of 5% was reduced to 4% last year, and effective Jan. 1, that rate again dropped to 3%. By 2021, the reduction will completely eliminate the tax, leaving Tennessee to join seven other states that have no income taxes at all on their residents.

In many states, financial pressure could spur higher taxes in the future. That makes these places that much more extraordinary, although there's no guarantee that they won't reverse course in future years and seek tax increases.