No one likes to pay taxes, but most people understand that tax revenue goes toward supporting valuable efforts that are in the best interest of the nation. Yet many states are angrier than ever at the federal government, because recent tax-reform laws dramatically limit how much taxpayers can deduct from what they pay in state and local taxes. Leaders in high-tax states argue that they're already paying more than their fair share to support the federal government -- even before tax reform led to an even more out-of-balance situation.

The New York State Comptroller's office released a report late last year that detailed the relative burdens of taxpayers in all 50 states in supporting the federal government. By looking at what taxpayers in each state paid in federal taxes and how much the federal government spent on programs helping people in each state, the report was able to determine which states overpaid the most compared to what they got back in federal benefits. Interestingly, they're not all the high-tax states that were the most ardent opponents of tax reform.

It's not surprising to see states like New Jersey, Connecticut, and New York on this list. Residents in these states have some of the highest per-capita incomes in the nation. Because of the progressive nature in which the federal government imposes income taxes, higher income typically means higher tax rates that, in turn, drive greater tax payments. 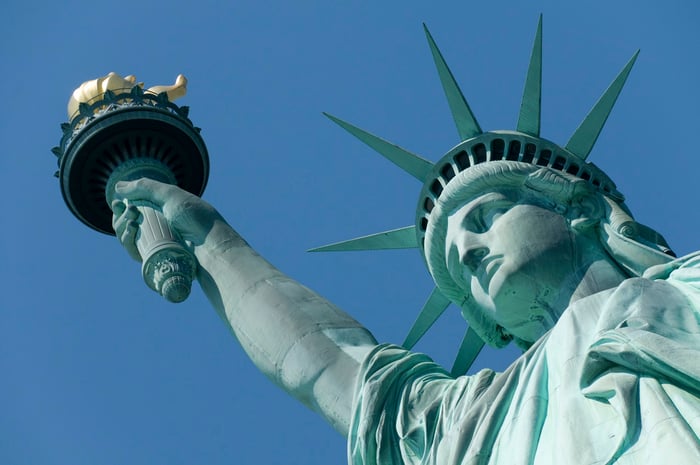 There's also a considerable spread between what high-tax states tend to get back from the federal government. Connecticut benefits from considerable military spending in the state, with federal procurements helping to make it the sixth-ranked beneficiary of government expenditures. Yet its federal tax bills are so high that even those paybacks aren't enough to make up for the heavy burden residents carry. By contrast, New York is in the middle of the pack in terms of federal spending per capita, and New Jersey ranks just 38th in the nation.

Many more states that just barely miss the cut on this list are in similar situations to these three high-tax jurisdictions. Yet when you look at the data, another class of states pops up in a surprising area.

Cashing in on a boom

North Dakota and Wyoming aren't the first places you'd think of as being unfairly treated by the federal government. But the study's numbers show that these two states are among the biggest net payers to the nation's capital.

Both states have relatively small populations, making per-capita figures volatile. A closer look at the also-rans on the broader list of states that make net payments to the federal government provides another clue: Most of these states are concentrated in the Plains, in areas where a dramatic uptick in natural resources exploration has produced big gains that, in turn, have attracted highly paid workers to the region. The resulting boost in income has vaulted North Dakota and Wyoming to the No. 5 and No. 6 spots, respectively, nationwide.

Meanwhile, neither state gets a lot back from the federal government. Expenditures for federal salaries are reasonably high in both areas, with Wyoming, in particular, benefiting from prominent national parks like Yellowstone and Grand Teton. Yet for procurements and direct payments, the states go largely ignored by lawmakers in Washington.

These numbers were from fiscal 2016, so the bust in energy might well leave natural resources-dependent states, like North Dakota and Wyoming, off similar lists in the future. For now, though, it's interesting to see such a politically diverse set of states bearing the greatest burden in financing the federal government.