Here's a quick guide to the United States payroll tax in 2018 -- how much it is, what it covers, and why it could change in the coming years. 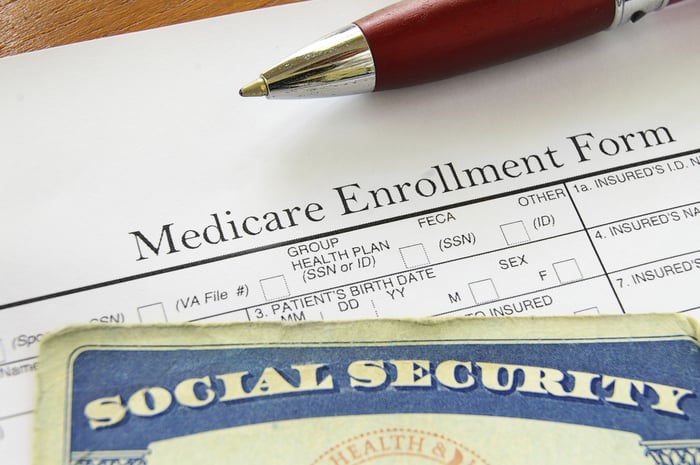 The Social Security payroll tax rate is currently 6.2% each for employees and their employers. In other words, if you earn $100,000 this year, you'll pay $6,200 and so will your employer.

If you're curious, the Social Security payroll tax can be broken down further into two parts. There's a 5.015% tax that supports the OASI (Old Age and Survivors Insurance) program, which covers benefits paid to retirees, spouses of retired workers, and survivors of retired workers. The other 1.185% tax is for the DI (Disability Insurance) program, which pays benefits to disabled workers.

Note that the Supplemental Security Income (SSI) program, while administered by the Social Security Administration, is not supported by payroll taxes. Instead, general U.S. Treasury funds from income and other taxes pay for this program.

Finally, it's important to emphasize that the payroll tax is only imposed on earned income, such as from a job or a business you actively run. Passive sources of income, such as dividends, interest income, and capital gains, are not charged payroll taxes.

The Medicare portion of the payroll tax is assessed at a rate of 1.45% each for employees and employers, and unlike Social Security taxes, there's no income cap -- every dollar of earned income is subject to Medicare tax.

It's important to realize that Medicare taxes are only used to support Medicare Part A, or Hospital Insurance (HI). The other parts are funded through premiums paid by beneficiaries as well as general U.S. Treasury revenues. So, your Medicare taxes aren't used to support Medicare's medical insurance or prescription drug coverage programs -- they are exclusively used to cover hospital insurance costs.

If you are self-employed, that is, if some or all of your earned income comes from freelancing, running your own business, or other sources outside of an employer-employee relationship, there's some bad news. Your payroll taxes can be significantly higher.

Specifically, as a self-employed individual, you are considered to be both the employee and employer, and therefore must pay both sides of the payroll tax. Collectively, this is officially known as the self-employment tax.

For 2018, the self-employment payroll tax works out like this:

Notice that I said "total earned income." If you have income from a job, as well as self-employment income, you'll only have to pay Social Security tax on the first $128,400 of combined earned income. For example, if you have a $100,000 salary at your job and earn an additional $40,000 from consulting work, only $28,400 of your consulting income will be taxable for Social Security purposes.

It's not a big secret that Social Security and Medicare aren't on the best financial footing. Both programs have enough in reserves to cover their expenses for now but are projected to run out of reserves in 2034 (Social Security) and 2026 (Medicare).

One way to solve the problem -- and a rather popular one -- is to raise the payroll tax. There's no way of knowing what an eventual reform package might look like, or when it may be implemented, but it's fair to say there's a strong chance that the payroll tax will increase within the next decade or so.