The Trump administration has suggested a major change to capital gains taxes.

We already know that a second wave of tax cuts, informally known as Tax Reform 2.0, is in the works. The framework that was recently released didn't mention capital gains taxes.

The Treasury Department has, however. Treasury Secretary Steven Mnuchin said last month that the department may be able to make a big capital gains tax change without congressional approval. Here are the details of the proposed change, what it could mean to you as an investor, and whether it has a realistic chance of becoming law. 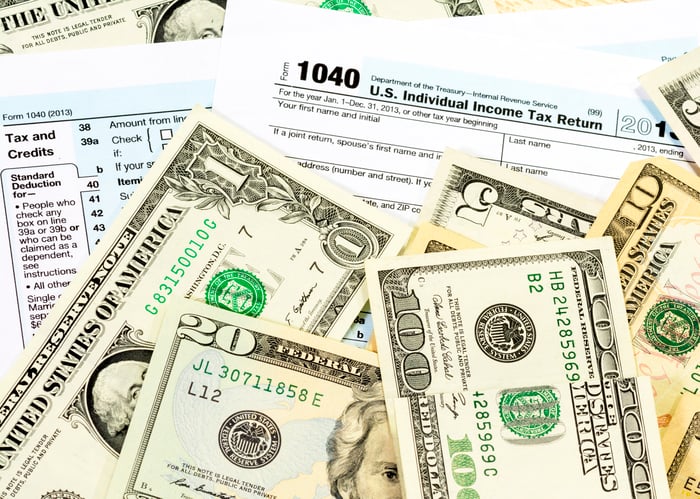 How are capital gains taxed now?

Here's the quick version of how capital gains taxation works in the United States.

The calculation of capital gains is straightforward. A capital gain is determined by starting with the sale price of an asset and subtracting its cost basis and expenses related to selling it. As an example, if you sell a stock investment for $5,000 and you originally paid $4,000, you have a $1,000 capital gain.

Here's a look at the long-term capital gains tax brackets for 2018:

The Trump administration has proposed a change that would index the cost basis of investments for inflation when calculating capital gains.

For example, if I bought $10,000 worth of a certain stock three years ago, and the consumer price index (CPI) has risen 5% since then, my cost basis in the stock would be adjusted to $10,500 when computing my eventual capital gains.

The simple version is that this change could lower investors' capital gains tax dramatically, especially on stocks and other investments they have held for long time periods. In my previous example, if I decided to sell my stock for $12,000, I'd now owe capital gains tax on a calculated profit of $1,500, not $2,000.

To be clear, the proposed change would not change the capital gains tax structure itself. Tax rates would stay the same, as would the definitions of long- and short-term gains. The only thing that would change is the calculation method to determine how much of a gain there is.

Is it a good or bad idea, and will it happen?

There are valid arguments to be made for and against indexing capital gains for inflation.

Proponents of the change say that indexed gains would be a fairer way to tax investment profits. Let's say that you bought stock a couple of decades ago for $5,000, and that your investment has doubled in value since then. However, suppose consumer prices have also doubled. Your investment still has the exact same purchasing power it did when you bought it, although you have a nominal gain of $5,000 which under current law would be subject to capital gains tax.

On the other hand, there are some good arguments against the change. For one thing, it would add even further to the deficit. It has been estimated that indexed capital gains could increase the deficit by an additional $100 billion over the next decade, on top of the $1.9 trillion additional deficit caused by the Tax Cuts and Jobs Act.

Furthermore, the benefits of the change would be enjoyed almost exclusively by the rich. Roughly 1% of capital gains taxes are currently paid by taxpayers with incomes over $100,000 and over three-fourths are paid by individuals with million-dollar incomes.

For the time being, it doesn't look as if indexing capital gains are at the top of the administration's agenda. However, the prospect that this could (potentially) be done without the approval of Congress, combined with the fact that it is likely to be a rather popular idea among the president's conservative base means that it's a serious possibility.