Please ensure Javascript is enabled for purposes of website accessibility
Log In Help Join The Motley Fool
Free Article Join Over 1 Million Premium Members And Get More In-Depth Stock Guidance and Research
By Dan Caplinger – Mar 9, 2019 at 8:16AM

One state's on track to join seven others, but will another beat it to the punch?

Tax season is upon us, and most taxpayers are focused primarily on figuring out their federal income tax returns. With reform efforts having changed many key provisions of the tax code, adapting to the new set of tax laws has proven onerous for many.

Yet at the same time, Americans in the vast majority of states also have to worry about state income taxes. Only seven states have allowed their residents to escape the double-hit of having to prepare a state income tax return and make payments to state tax collectors. However, there could be an eighth state on track to join this elite group -- if another state doesn't beat it to the punch. 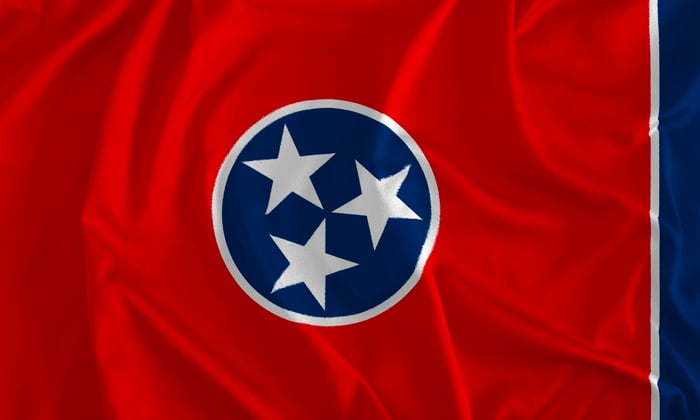 The seven states with no income taxes currently

Right now, seven states have no state income taxes. If you live in Alaska, Florida, Nevada, South Dakota, Texas, Washington, or Wyoming, then you won't have to pay any income tax at the state level.

Of course, that doesn't mean that these state governments don't collect other sorts of taxes to make up for the lack of an income tax. In Alaska, Texas, and Wyoming, levies on natural resources provide much of the revenue that runs state government, while key industrial concentrations like the casino industry in Nevada and the credit card industry in South Dakota play a monumental role in helping residents stay income-tax free.

State governments recognize the appeal that having no income tax can have in influencing decisions about where to live. In particular, retirees looking for more affordable places to live often choose to move to tax-friendlier locations that allow them to stretch their financial resources further.

The state of Tennessee looked at those arguments in favor of cutting state income taxes and came to the conclusion in 2016 that it made sense to eliminate it. Even before the move, Tennessee's income tax applied only to investment income from stocks and bonds, including most interest and dividends but excluding interest from bank and credit union accounts. A 6% rate applied to taxpayers for much of the tax's history.

In 2016, the legislature passed a law reducing the rate on the tax from 6% to 5% and set in motion a plan to eliminate the tax entirely. That reform measure was finalized in 2017, with the tax rate falling by one percentage point from 2017 to 2020 before finally going away entirely by 2021.

Could other states get there first?

Tennessee is far from the only state to consider getting rid of its income tax. At the same time that Tennessee took action, several other state governments were looking at measures to try to eliminate income taxes at the state level. Governors in Georgia, Idaho, Louisiana, and South Carolina were among those examining such proposals. More recently, some officeholders and candidates in more surprising locations such as Connecticut have discussed the potential positive impacts of eliminating state income tax -- especially now that federal law limits itemized deductions for those taxes.

Yet the road toward going tax-free at the state level also has potential obstacles. The experience of Kansas shows the roadblocks that can come up, with Republican Gov. Sam Brownback having supported large tax cuts in the early 2010s that included the elimination of pass-through taxation on businesses and reductions in the individual income tax rate. Many lawmakers intended for further reductions in tax rates that residents paid in future years, with the goal of eventually eliminating them. However, after controversy and financial distress, Kansas lawmakers started boosting income taxes over the past couple of years.

Keep your eyes on the Volunteer State

At this point, even if other states decided to eliminate their income taxes, they'd likely do so using a phased-in approach similar to what Tennessee did. As a result, the Volunteer State is almost certain to cross the finish line as the eighth tax-free U.S. state. That's good news for Tennessee residents, and it'll be interesting to see if it prompts an additional influx of people trying to escape state taxes elsewhere.