Please ensure Javascript is enabled for purposes of website accessibility
Log In Help Join The Motley Fool
Free Article Join Over 1 Million Premium Members And Get More In-Depth Stock Guidance and Research
By Maurie Backman – Mar 18, 2019 at 6:08AM

The 2018 tax overhaul made a lot of changes to the tax code, some of which benefited taxpayers and some of which had the opposite effect. One notable change was a lowering of almost all tax brackets, and a new set of withholding tables to follow suit. As such, many workers saw their take-home pay go up, even in the absence of a raise.

Here's where that's coming back to haunt people, though: Rather than score a whopping refund as the result of having overpaid taxes during the year, many filers are finding this season that their refunds are minimal or nonexistent. And while many are no doubt bemoaning that fact, the reality is that it's actually not such a bad thing after all. 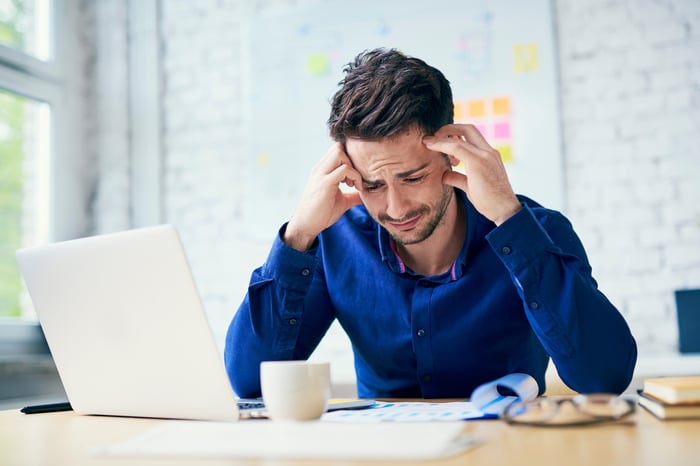 Why you don't want a tax refund

Many people liken tax refunds to free or found money, but that's not what they are. When you earn income, you're entitled to a portion of it up front, while a portion goes to the IRS. That's why your take-home pay is always less than your gross pay when you're someone else's employee. But when you let the IRS take too much of your income up front, the result is a refund during tax season. And when the IRS doesn't collect enough money in taxes up front, you have an underpayment -- and potential problem -- on your hands.

That said, owing money on your taxes is only an issue if you don't have the cash on hand to cover that bill. If you do have the money, it means that you got an interest-free loan from the government during the year and are simply paying it back after the fact. A refund, on the other hand, means that you gave the government a loan for nothing in return.

Now you might be thinking: "Why can't I just break even on my taxes?"

Unfortunately, it's not that simple. There are various factors that go into determining your total tax bill, from your income to your side earnings to the credits and deductions you're eligible for. As such, it's pretty much impossible for the IRS to tell you exactly how much tax to withhold from your earnings. And while you do have the option of paying estimated taxes on your earnings during the year (which you might do if you have income you're not being taxed on right away, like investment gains or bank account interest), again, getting that number down pat is easier said than done.

Therefore, each year, you're bound to either owe the IRS money on your taxes or have the agency owe you. And the latter isn't really preferable, especially if losing money in your paychecks means racking up debt during the year because you're short on cash.

Even if overpaying your taxes during the year doesn't drive you into debt, think about how nice it is to have access to more of your money up front rather than have to wait for it. And then stop getting upset over your absent refund, because really, it's not a terrible thing at all.

At the same time, if you find that you're scrambling to pay your tax bill this year, be smarter about allocating funds for it going forward -- namely, by seeing what your tax bill amounts to and setting that money aside month after month. For example, if you do your taxes and find that you underpaid the IRS $1,200 in 2018, you'll know to start setting aside roughly $100 a month for tax purposes from this point on. And if you put that money in a savings account, you'll get to earn interest on it, and it will be there for you if you need it in a pinch.

It's always nice to get a bonus check for a job well done, or a generous monetary gift from a loved one. A tax refund, however, doesn't fall into the same category, and the sooner you realize that, the sooner you'll be OK with not having gotten one.