If you're used to working a traditional job and you've recently started a side gig, your new part-time job could have a big impact on more than just the income you earn. Your tax situation could be affected as well.

Understanding how your side job will affect your taxes is important because you may have some new obligations during the year to fulfill, and your tax liability may change as well. To help you prepare, here are four things you need to know about how your work in the gig economy could affect your tax situation. 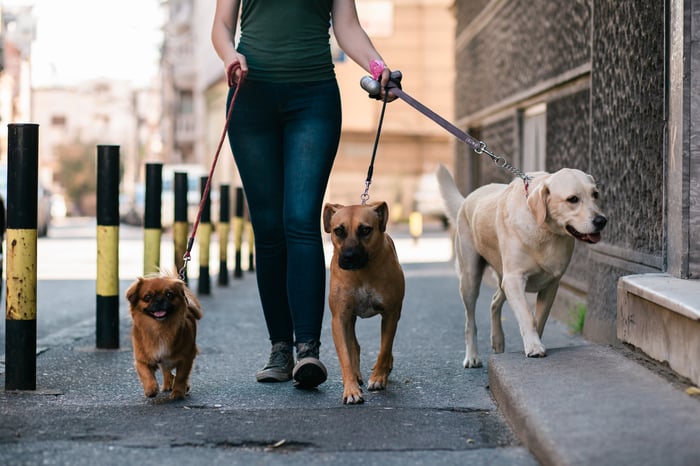 1. You may have to pay quarterly estimated taxes on the income

In the U.S., the Internal Revenue Service doesn't want to wait until the end of the year to get its money. You're expected to pay taxes throughout the year as income is earned. If you've only ever held a traditional job, your employer likely took care of fulfilling this obligation for you by withholding an appropriate sum from your paycheck and sending in periodic payments to the IRS.

If you're earning income on your own, though, you may be obligated to make quarterly estimated tax payments four times a year in January, April, June, and September. According to the IRS, this obligation is triggered if both of the following are true:

If you don't make quarterly estimated tax payments and you owe the IRS a lot of money at the end of the year, you'll be subject to penalties based on underpayment.

2. You're entitled to claim deductions for business expenses

While you have the obligation to pay taxes on all income earned from your side gig, the good news is that you can deduct your expenses to reduce the taxable income that comes with it.

You're entitled to claim a deduction for ordinary and/or necessary business expenses. This means you can deduct for anything you spend on that most people in your industry must buy, as well as for expenses deemed essential for your work.

For example, if your side gig is running an Etsy shop selling knitted scarves, you could deduct the cost of the yarn. This would reduce the income obtained from the side gig so your tax bill won't be as big.

Thanks to the Tax Cuts and Jobs Act, sole proprietors and owners of pass-through businesses may also be entitled to deduct up to 20% of net business income. Your eligibility for this deduction can vary depending on how much you earn and what industry you're in, but if you're eligible, it can save you a fortune on the amount of tax you're required to pay on income from your side gig.

3. You can save more money in a tax-advantaged retirement account

Tax-advantaged retirement accounts such as a 401(k) and IRA have annual limits on the amount you can contribute. For example, the IRA contribution limits for 2019 are $6,000 for those under 50 and $7,000 for those 50 and over.

If you have self-employment income, however, you're allowed to contribute to different kinds of retirement accounts including a SEP-IRA, a Simple IRA, and a Solo 401(k). These accounts may allow you to contribute more tax-advantaged funds than either a traditional workplace 401(k) or IRA.

If you have spare income to save for retirement and want to put more of it away than you'd otherwise be allowed to, look into whether one of these accounts could work for you.

4. Your additional income could change your tax bracket

If you're earning extra income from a side gig, you probably expect your tax bill will go up because you need to pay taxes on this additional money. But you may be surprised to get an even bigger bill than you think if your additional income from your extra job pushes you into a higher tax bracket.

And depending how much extra income you earn, you could also hit the threshold at which deductions and credits you were previously eligible for begin to phase out.

Be sure to check out the tax brackets and learn the rules for the deductions and credits you're claiming so you don't end up scrambling at the end of the year to get together extra money for the IRS.

Don't drop the ball on fulfilling your tax obligations

When you're starting a side job, it's likely a busy time for you while you fill your hours with extra work. But it's important to fulfill your tax obligations to pay as you go and prepare for any likely increases in your tax bill. It's also essential to claim any deductions you can, so keep receipts to document the costs you incur doing business.