It's very hard to break even when paying your taxes. You can play around with your withholding and pay estimated taxes on your side earnings, and at the end of the day, you might approach tax season still unsure whether you're due a refund or owe the IRS money.

Of course, most Americans would rather land in the former boat, and understandably so. In fact, 55% of filers are excited to get their hands on a refund this year, reports financial company Self in a new survey. But among those, one-third admit that they're "very dependent" on having that refund come through. At the same time, 44% of Americans say that owing the IRS money during tax time would completely throw their finances off-course this year.

If this isn't the first year you've been reliant on a tax refund, you should know that it's a very dangerous path to get stuck on. And the sooner you recognize that, the sooner you can make financial changes that will get you to a healthier place. 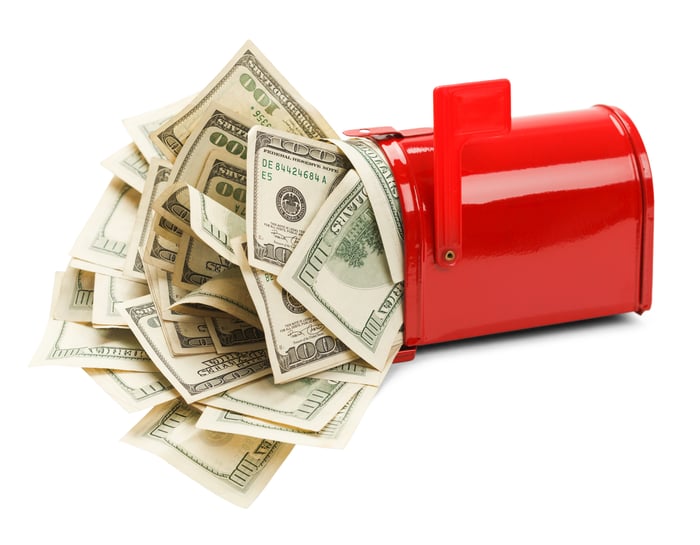 The problem with banking on tax refunds

Why is it a bad idea to depend on a tax refund? Well, for one thing, yours may not come through. The IRS has been issuing new withholding tables since the Tax Cuts and Jobs Act was implemented in late 2017. As a result, many workers have been seeing their paychecks go up. But those who haven't adjusted their withholding in the interim could be in for a shock this tax season when they realize the money they're expecting in refund form was, in fact, already paid to them throughout 2019.

Even if there's no doubt in your mind that you'll get a refund this year, it could always get delayed. Certain tax credits, like the Earned Income Tax Credit, have high levels of fraud associated with them, so the IRS must withhold refunds for very early filers who claim them. Furthermore, there could wind up being a problem with your tax return that takes time to fix, whether it's an error on your part or on that of the IRS. If you're counting on a refund to pay incoming bills or finance a big purchase, you're doing yourself a disservice.

A better way to access money when you need it

Rather than bank on a tax refund to keep up with your financial obligations, you're better off making an effort to build some emergency savings. If you sock away three to six months' worth of living expenses in the bank, you won't have to sit on the edge of your seat during tax season, anxiously waiting for your refund to hit your bank account. Rather, you can dip into your savings if you have near-term expenses you need to cover, and then replenish that money later -- either once your refund comes through, or by cutting back on spending if it doesn't.

Not only is a tax refund not guaranteed, it's also, despite public perception, not "free money" -- or anything like it. Rather, it's an interest-free loan millions of taxpayers give to the government for nothing in return. In fact, if anything, your goal should be to owe the IRS a small sum of money during tax season, because that means you were the one who got an advance on that cash.

Remember, it's almost impossible to break even on your taxes, so owing the IRS $100 to $200, or getting that much in a refund, means you did a really good job of paying the amount of tax you were supposed to. Getting a $2,000 refund might seem like a windfall, but if anything, it's an indication that you had too much tax withheld during the year and probably struggled financially because of it.