Please ensure Javascript is enabled for purposes of website accessibility
Log In Help Join The Motley Fool
Free Article Join Over 1 Million Premium Members And Get More In-Depth Stock Guidance and Research
By Dan Caplinger – Jun 18, 2020 at 11:03AM

The latest proposal to put $4,000 in your pocket is geared to help two hard-hit industries.

The economic fallout from the coronavirus pandemic continues, and lawmakers in Washington trying to address the impact that lockdowns have had on certain segments of the economy. Stimulus checks helped tens of millions of Americans who'd lost their jobs as a result of the COVID-19 outbreak, but it's uncertain whether another round of broad-based financial support will get through Congress. Efforts like the HEROES Act have stalled in the Senate, where there's been more emphasis on tailored measures targeting specific industries.

One new measure would have a huge direct impact on the travel and leisure industry. The proposal, dubbed the Explore America Tax Credit, would give people a huge incentive to support restaurants, airlines, hotels, cruise ship operators, and attractions -- businesses that have taken a disproportionate hit from the pandemic. Yet with the proposal still being fleshed out, it's uncertain what the exact details will be, or whether the measure will really get people to explore parts of America that are all that far from their homes. 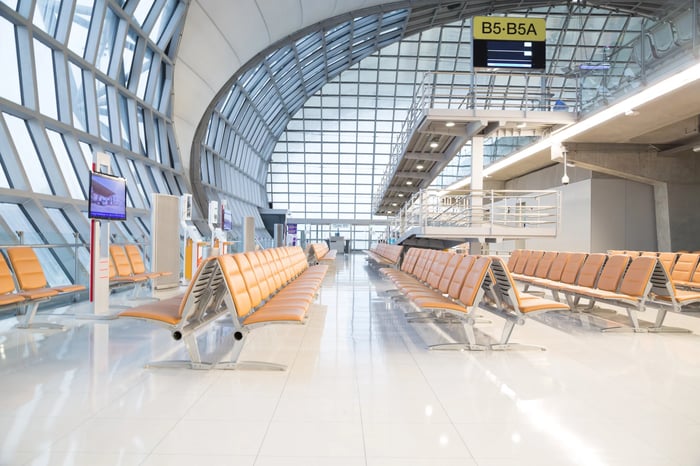 The concept of the travel and leisure tax credit

President Trump referred to the Explore America Tax Credit in his remarks to a roundtable of restaurant industry executives last month. His comments at that gathering were extremely limited, referring only to the idea it would be a tax break that "Americans can use for domestic travel, including visits to restaurants."

Since then, some possible details of how such a credit would work have come to light. One idea would involve giving people a credit of up to 50% on spending of up to $8,000 per household. Permitted expenses would include airfare, rental car charges, hotels, theme parks, and restaurants. The credit would apply in 2020 and 2021, although it's unclear whether the provision would be limited to a total of $4,000 or would allow that amount each year for two separate years.

Plans are up in the air

The problem for those thinking about how to make best use of the travel credit is that further details aren't available. A quick search of proposed legislation showed no record of any bills that include the Explore America Tax Credit, and industry watchers haven't been able to find the provision included in any bills currently under consideration.

That leaves several key questions unanswered, including the following:

Moreover, President Trump linked his comments about the credit with other tax measures related to deductions for business-related meals and entertainment. Those are priorities that the White House had even before the pandemic, but they would also play a role in bolstering the amount of spending at restaurants.

With summer vacation season approaching and many states looking to reopen their economies, it'd be nice if taxpayers had a clue whether the Explore America Tax Credit has any realistic shot of becoming law. However, 2020 tax planning  is already a nightmare with all the potential measures on the table. Answers aren't likely to come quickly -- and for a measure that's intended to give people incentives to take action, delays will be counterproductive.